If you’re scrolling through homes on real estate websites and see ranch-style houses, don’t look for cattle in the backyard. Finding yourself asking “What is a ranch-style house?” isn’t unusual.

After all, this style of home was quite popular during most of the 20th century. In the 1950s, as suburbs were under construction, nine out of every 10 houses built was a ranch-style house.

A Ranch-Style Home in a Nutshell 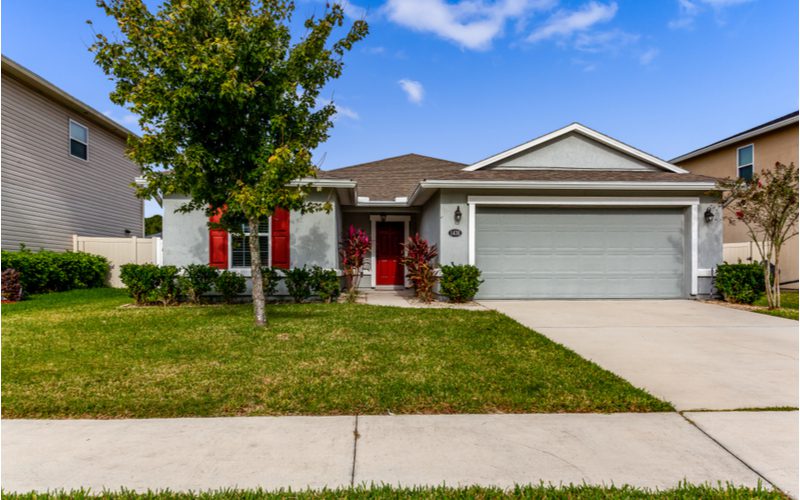 During much of the 20th century, three-bedroom and two-bath ranch homes were extremely popular in America. Hence there are plenty of ranch-style homes available.

What Is a Ranch House? The Long Answer

There’s more to a ranch-style house than just being one story. Believed to have originated in California during the 1930s, a time when the Golden State saw plenty of population growth, these simple homes have several features that set them apart.

Because ranch-style houses are easier and faster to build, they accommodated families during the nation’s rapid population growth in the middle years of the 20th century. The ranch moniker may confuse you when the house isn’t on a ranch, but don’t be.

Ranch-style homes tend to be perfect for people who love the mid-century style or searching for their first home. Among the features seen in ranch-style houses are these.

The hallmark of a ranch-style house is one story. While single-story ranch-style homes lost popularity in the 1970s, they’re a perfect fit for smaller families.

These homes are perfect for those who don’t want to climb up and down stairs every day. For those with mobility issues, a ranch house can be a good choice needing minimal renovations.

In wetter areas of the country, this can be a disadvantage unless the ranch-style home is on high ground. For this reason, driveways to ranch-style houses may lead uphill from street level.

Ranch-style houses have low-slung and wide roofs, setting them apart from earlier styles of houses with steep roofs and mansards. Ranch-style houses also have deeply overhanging eaves to bring shade and keep the house cooler.

High ceilings keep houses cooler, but since ranch-style houses became popular when air conditioning was available, this wasn’t a problem.

Ranch houses don’t have the small, segmented rooms of houses built in the 19th and early 20th centuries. The sprawling style of ranch-style homes has a more open arrangement of rooms.

In the 1940s and 1950s, this was a style revolution and the height of modernity. Expanded ranch-style homes rambled into L-shapes or U-shapes.

Though anyone could build a ranch-style home from the ground up now, they built most American ranch-style houses between the 1930s and the mid-to-late 1970s.

In the years following World War II, when veterans came home and started families, the building of ranch-style homes in the suburbs escalated. Today, cities work to protect these historic ranch-style homes. 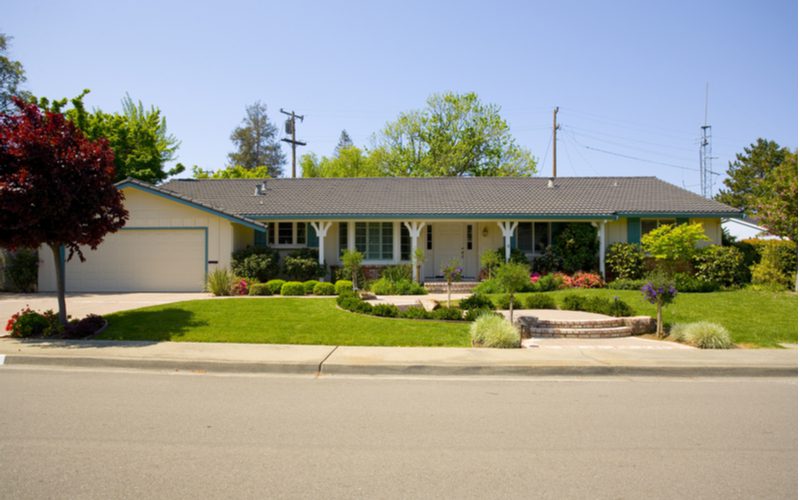 This is the original style of ranch home. California ranch-style homes are single-story, ground-level homes with floor plans that are more open than earlier styles of homes.

The ranch-style house was first built in the 1930s and was the country’s most popular house style by the 1940s and 1950s.

The ranch-style house makes the most of West Coast living, especially with patio space in the back for enjoying California sunshine. 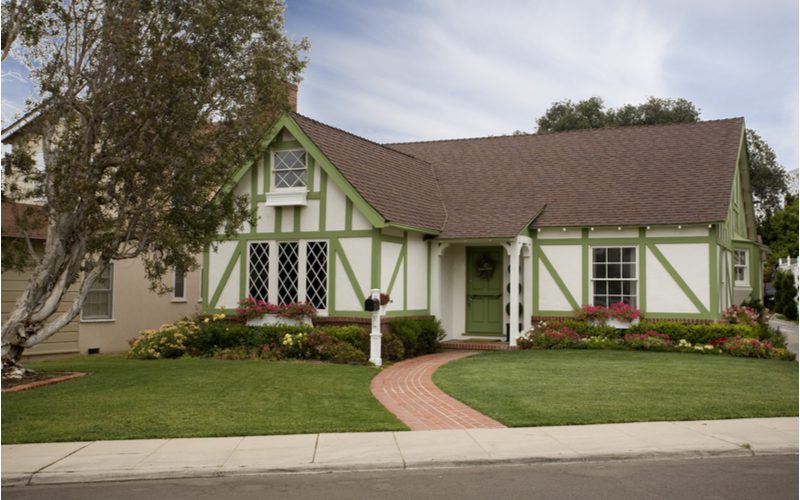 A ranch-style house with decorative trim, exposed rafters, diamond-shaped windows, and other features is a storybook ranch.

These added details may give the ranch-style house a Spanish flair. Others have Tudor-style touches, a farmhouse look, or decorative Cape Cod-style windows. Some have colonial touches for an early American look. 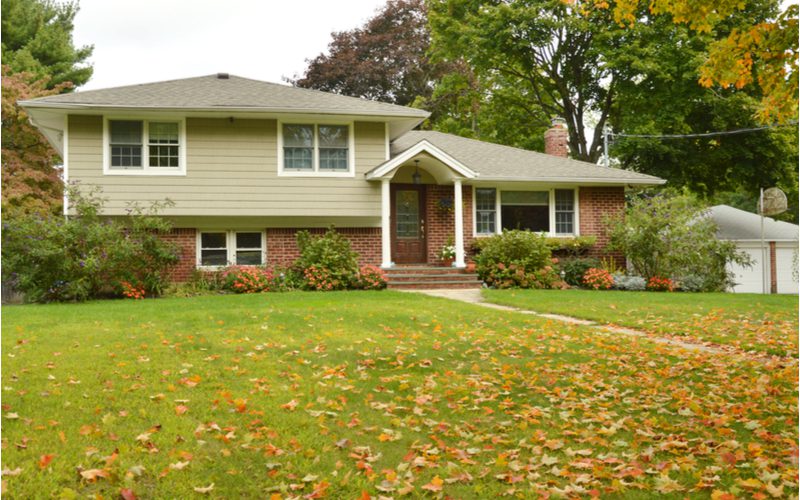 A split-level ranch-style house may look like a one-story house, but inside, it actually can have two or three stories with anywhere from a step to a series of steps leading to the next level.

Split-level ranch-style houses can follow the contours of their lot. Sometimes entries of these homes are higher, with guests stepping down into living rooms or dens that are lower. 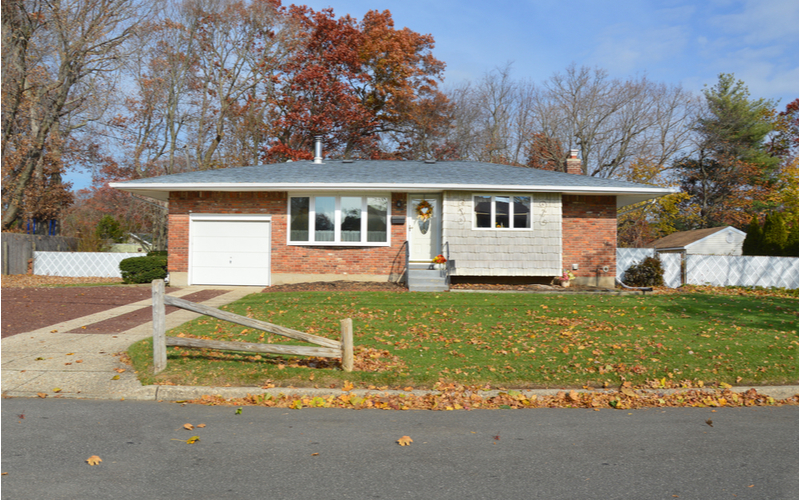 As the name implies, suburban ranch houses are in suburban neighborhoods that sprung up in the 1950s.

These single-story homes have open floor plans and were the height of mid-century style. Watch a television sitcom from that era, and you’ll be able to spot plenty of suburban ranch-style houses.

But there’s a stairway leading upstairs to common spaces such as the living room and dining area. Other raised ranches keep the living space on the ground level, with bedrooms on the second floor.

You may have even more questions about ranch-style houses. These FAQs may give you the answers you want:

What Shape is a Ranch-Style House?

What are Windows and Doors Like on Ranch-Style Homes?

Do Ranch-Style Homes have Attached Garages or Carports?

Ranch-style homes can have attached garages or carports where homeowners can park their cars. Often these garages blend into the look of the home. Ranch-style houses that have carports often have a room off the carport for storage as well as for laundry.

Some ranch-style homeowners have renovated existing carports or garages to expand their homes, turning them into an extra bedroom or a family room.

Can Ranch-Style Homes Have Porches?

While ranch-style houses are at or near ground level, some have small porches in the front. Most of them also have patio space in the back. These patios can be an outdoor room of the house, perfect for entertaining.

Can Ranch-Style Houses Have Patios or Decks?

Do Ranch-Style Houses Have Basements?

What are the Advantages of a Ranch-Style House?

Ranch-style houses have plenty of plusses. These include that they can be less expensive to build or buy, especially if you are buying one that needs repairs and renovations. There aren’t stairs, which can be an advantage for seniors looking to downsize. The rooms are open, and ranch-style house floor plans can lend themselves to easy entertaining. The homes also have a great deal of versatility in style.

Are There Disadvantages to Ranch-Style Houses?

While ranch-style homes can be less expensive to buy or build, there are disadvantages to them. In areas of the country that can flood, a ground-level ranch-style house is more vulnerable to floodwaters and damage. From a safety standpoint, a ranch-style home is easier to evacuate in case of a fire, and since there isn’t a full staircase, there isn’t the danger of falling downstairs.

So What Is a Ranch-Style House?

Ranch-style houses are a part of American history. Housing families during a time of population growth and economic expansion, ranch-style homes are where Baby Boomers grew up and may have also been the homes where they raised their own families.

Since they built so many ranch-style homes, these homes are readily available in most parts of the country. They’re often available at lower prices, especially if they need updates, making them a great choice for families looking for their first home.

Fans of mid-century design also love these houses for their retro feel. Rather than try to update their ranch-style home, these homeowners will often use popular color schemes from the time they built the home and even decorate their home’s interior to fit that era.

Ranch-style houses are plentiful as well as varied. A vibrant part of suburbia, ranch-style homes are worth a look for their versatility, affordability, and comfortable style of living.