The word story has two meanings in the English language: One designates the general height of a building or structure (like a 2-story building) and the other refers to a tale for entertainment (like reading a bedtime story).

We’re focusing on stories as they relate to the general height of a building or structure in the United States. Where did this term come from? How long has it been in common usage? How many feet are in a story? 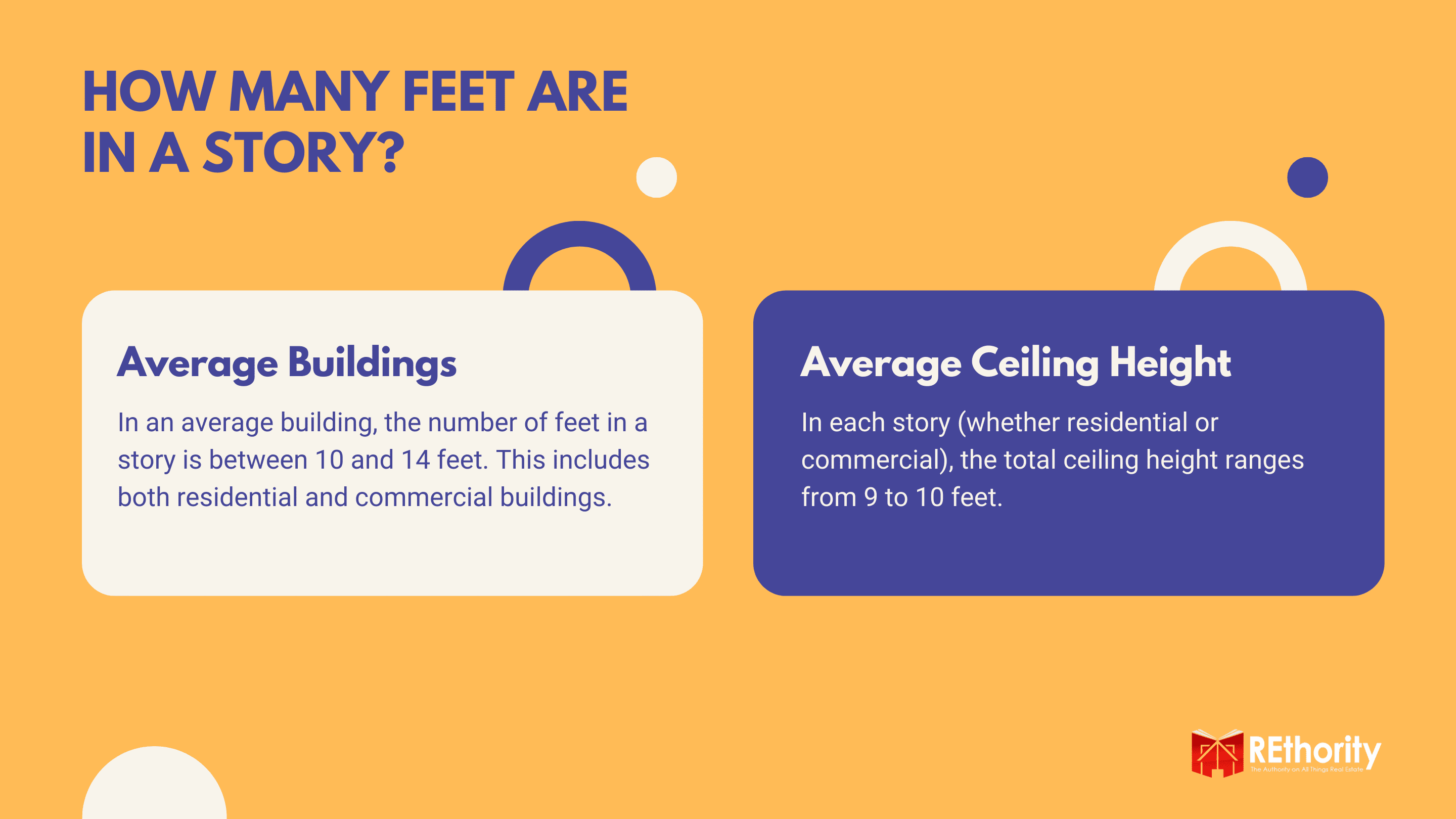 Is there a difference between a story and a floor? The story behind stories is more interesting than you might have guessed. The Oxford English Dictionary shines a little light on the subject.

But leaves us wondering about the connection between a tale and the level of a building. What do building levels and entertaining fictional or nonfictional works have to do with each other?

And why do we talk about and measure building height this way? To start, let’s look at today’s definition of a story and how we can measure it.

How Many Feet are in a Story?

A building story (or British English “storey,” as the Wikipedia entry is titled) is not strictly defined as a certain height or number of square feet. Different stories can have different heights, and there are even such things as “half-stories.”

In general, though, the number of feet in a story is 10-14 feet. That’s covering residential and commercial buildings, offices, and retail spaces. Yes, some are much higher, and some are much lower. Why is a 10-14 foot story the average?

When a structure is built, whether they’re homes or office buildings, the comfortable and average ceiling height is about 9-10 feet. The ground floor or first floor has potentially higher ceilings than other levels.

Because office buildings usually have more stringent requirements for air conditioning ducts, plumbing and wiring systems above the ceiling, in addition to concrete floor slabs, they usually require 18 to 24 inches between the ceiling and next floor level. –Walkable Eugene Citizens Advisory Network

In the past, 8 foot ceilings were more common. That’s why older homes usually have lower ceilings, though there are exceptions. You’re looking at a “starting height” of anywhere from 8-10 feet. But that’s not necessarily the full height of a typical story.

What’s missing? The average depth of a floor, including all the beams and joists, space for plumbing and wiring, HVAC, etc., is about 1 foot, up to 14 inches. If we started with 9 foot ceilings, including the floor space brings us to a total of 10 feet.

Add the ceiling itself and the space above the ceiling (usually about 2 feet in an office building), and you can reach anywhere from 10-14 feet in total. That’s how we end up with the measurement of a story as we know it!

The Origin of the Word Story 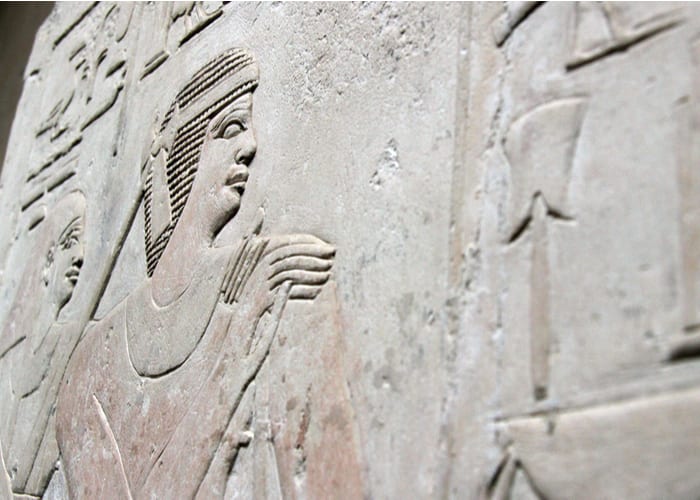 To find why we began associating the word story with building levels, we have to start at the beginning. Here’s the accepted etymology, or origin, of the word story:

Today, we use the word story without thinking of the fascinating background and history of the word. There is a general consensus that this word started being used to refer to buildings rather than tales alone in the 1400’s.

Let’s take a step back in time to discover how the word came into this type of usage.

It’s 1422. You and most of your neighbors and townspeople are illiterate. Pictures and images do a better job of communicating than words in this time period. A religious person who lives next door to you begins painting Biblical stories and scenes on the sides and windows of their homes.

It catches on, and soon most buildings and homes in your town are adorned with paintings and “stories” on every level. It becomes so commonplace that it seeps into the language. Now, when you refer to a home down the street, you talk about the stories on it.

You might say “It’s the house with 2 stories,” (because each level gave more space to paint, or tell, a different story or scene). When you talked about the level of the building you lived in, you might say “My room is on the 3rd story.”

Because images so commonly depicted a different story on each level of a building, the word took on a new meaning.

The fascinating history of the word story can help us have a better understanding of why we use this word to describe different levels of a building. There are correct and incorrect ways to refer to building stories, and sometimes, we see the word used interchangeably with “floor.”

Today, we use “floor” to refer to the actual level inside the building. It’s a 4 story building, but you are on the 3rd floor. Confusing, but it’s the way it is.

So, How Many Feet Are in a Story?

It is fascinating how historical events and standards make their way into our modern lives today. We may not paint stories on our windows and exterior walls anymore (or very often, at least).

But the idea of a building level being synonymous with a story has somehow hung on for the last several hundred years. Next time you pass an impressive home and refer to it as a 3-story colonial, think about the historical significance the phrase holds.

Imagine dusty streets and hand-painted scenes on windows centuries ago. How incredibly cool it is to still have this term in use today!