Toilet not flushing? Most people would panic and worry about an expensive plumbing bill. But don’t worry, there are a few steps to take to fix the problem yourself. Read on to learn more.

The first toilets were invented thousands of years ago and the design has improved a lot since then. Modern flushing toilets came out in the early 20th Century. Today a typical toilet provides an average of 50 years of mostly trouble-free service.

But if your toilet is not flushing, read on to learn how to fix it. From time to time, almost any toilet will have an episode of not flushing properly. This could be a case of the toilet being slow to drain. It could not flush at all. Or it could flush constantly.

Any of these problems can make a toilet difficult or impossible to use. But most of the time problems with the toilet flush are relatively easy to fix. Here are common causes and fixes of a toilet that won’t flush.

Read Next: Our Top Picks for the Best Toilets

No Flushing at All 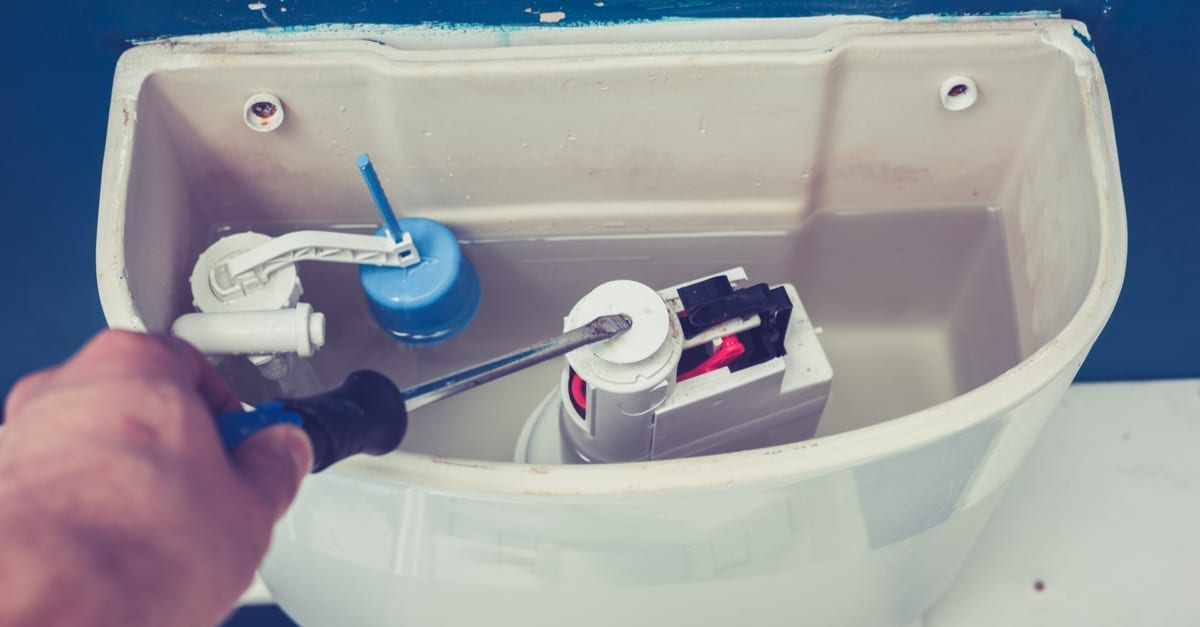 If nothing happens when you push the flush handle, it’s usually one of two problems. The toilet may not have any water in it. An empty tank could be caused by poor flow of water from the plumbing system.

Check the water supply valve on the wall behind the toilet to see if it is opened. If the valve is open, the float inside the tank may be stuck. Lift the tank lid and check to make sure the float moves freely.

The connection between the flush lever and the flapper may be the problem. To check this, lift off the top of the tank. Look for a lift chain, or sometimes a wire, connecting the flapper and lever.

The flapper chain may be too long to pull the flapper up when you operate the lever. If there is too much slack, adjust the length of the chain. Unhook the lever from the chain.

Re-hook it on a different chain link so the flapper will be lifted up when you operate the lever. Sometimes you may have to remove a link to shorten the chain. If a wire connects lever and flapper, you may have loosen an adjusting screw to change the wire length. 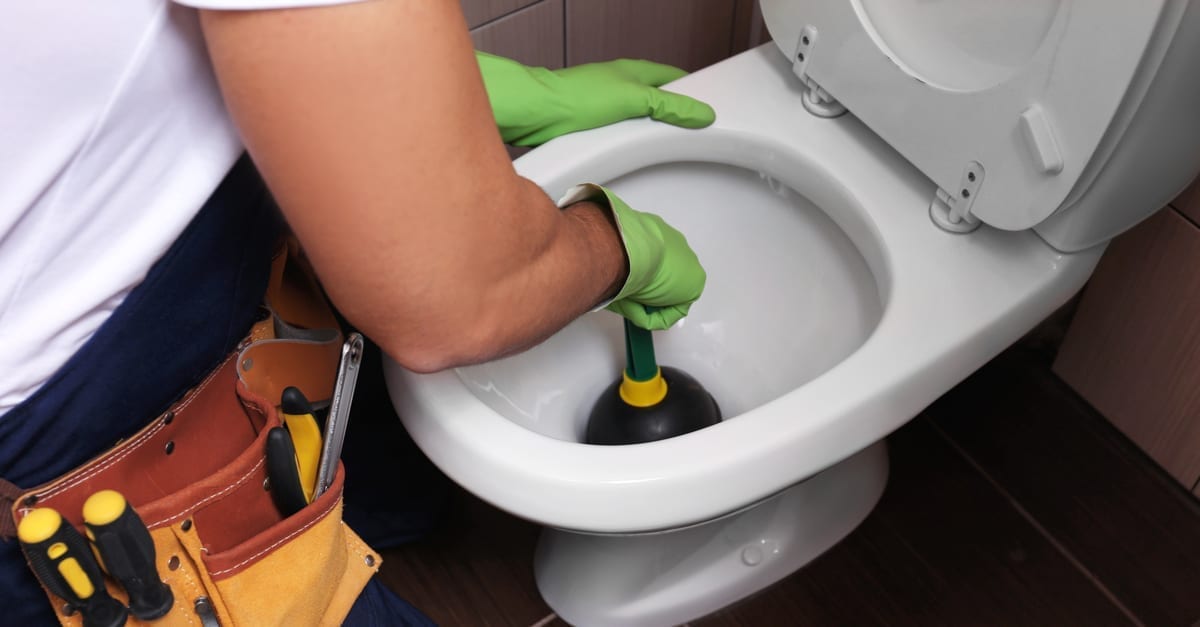 If the toilet bowl doesn’t quite empty completely, this could be caused by a blocked drain. There are two easy ways for a do-it-yourself plumber to clear a clogged drain.

Use a rubber plunger or “plumber’s friend.” Insert the plunger into the bowl. Use an up and down motion on the handle to create suction in the pipe. This will usually unclog the pipe and let the bowl drain.

Use a toilet auger. This tool consists of a long, flexible steel shaft with a crank handle on one end and a bit at the other. Insert the auger end into the toilet bowl until you run into the clog.

Turn the handle to break up the clog so it can be flushed away. Sometimes neither of these simple fixes works. The problem could again be that the chain connecting lever and flapper is too long.

If the flapper isn’t being lifted high enough, the tank won’t empty. Without enough water, the toilet won’t flush. Adjust the chain so the flapper rises high enough to empty the tank.

Low water pressure could also keep the water level in the tank from getting high enough. The water level when the tank is full should be about an inch below top of the overflow tube.

If it isn’t, that can cause the bowl to not empty completely. Low pressure may be restricting water supply to the toilet, and that’s a more challenging problem. If that’s what’s going on, you’ll need to call the plumber.

Water should flow strongly into the bowl in order to rinse it clean. If it doesn’t the toilet won’t flush properly. This could be caused by mineral build up that is clogging the holes around the underside of the toilet rim.

You can loosen mineral deposits by pouring vinegar into the tank and flushing the toilet. That could be enough to clear the clogged holes and return the toilet to its duty.

If a vinegar flush doesn’t work, try scrubbing around the underside of the rim with a stiff brush dipped in vinegar. A short length of wire inserted into the drain holes should remove any stubborn deposits. 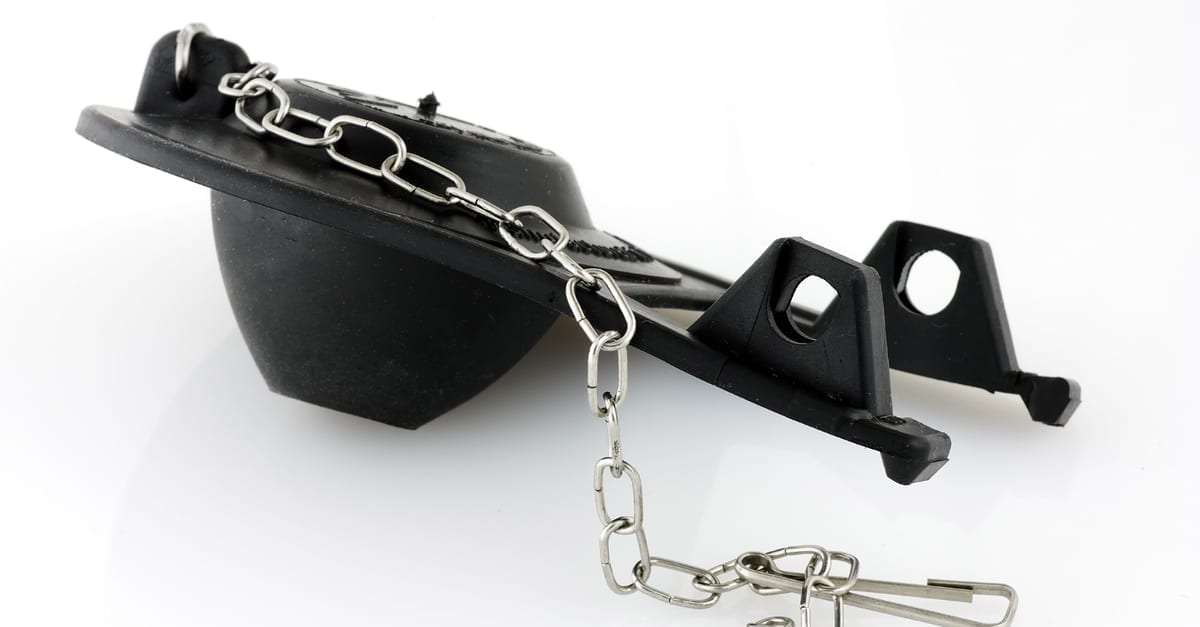 The opposite problem of a toilet that won’t flush is one that won’t stop flushing. A constantly running toilet is probably caused by a leaking flapper valve. There are common reasons for this:

Check the action of the lever, chain and flapper. See that that the flapper isn’t getting hung up on something that keeps it from settling on the valve. Wipe out the surface of the valve where the flapper sits. Any dirt or other buildup there could keep the flapper from sealing.

A damaged flapper valve can be replaced with a new one, available at any hardware store or home improvement center. The replacement job is easy, takes only a few minutes and requires no special tools.

An Ounce of Prevention

The best way to deal with a toilet that won’t flush is to keep it from ever having the problem. The easiest way and most effective way to do this is to avoid flushing anything other than toilet paper down the toilet.

If you have tenants in a rental property, they may flush other items, such as feminine napkins and moist wipes. Such items may flush without problems. However, they are much more likely to cause a toilet to flush poorly than regular toilet paper.

Tens of millions of toilets of many different types have been manufactured and installed over the last century or more. The designs are generally reliable and durable. If one of your toilets is experiencing frequent clogs, there is a good chance it’s caused by flushing inappropriate materials.

Most toilet paper will flush without any issues. However, some toilet paper is better than others. If you have old pipes or are on a septic system, switching paper brands could be a smart move.

Toilet Not Flushing? When to Call a Pro 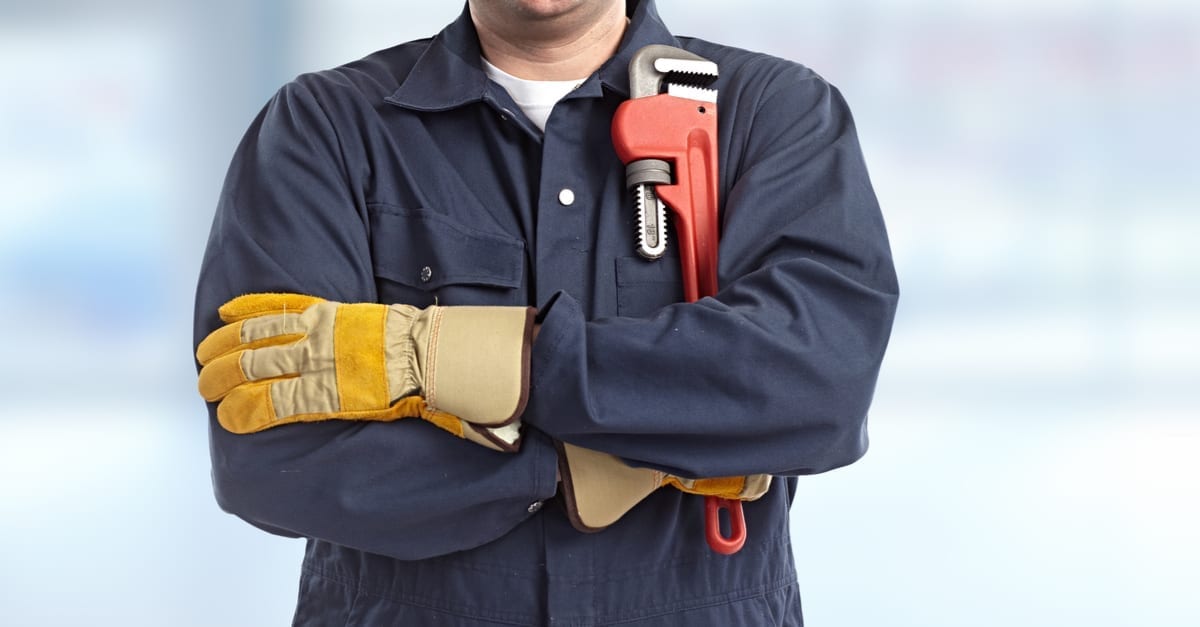 If none of these remedies or preventive moves works, your toilet could have a more serious problem. For instance, the main sewer line could be blocked by tree roots.

A problem like that may require a professional. A plumber can snake a small video camera down the rain to look for roots or other blockage. Then a power auger can cut away roots even many yards down the pipe.

Flush toilets are one of the basic conveniences of life in the 21st Century — at least for most people. UNICEF estimates that a billion people on Earth have no indoor toilet facilities at all, much less a modern flush toilet.

For those people, not having a toilet at all puts them at risk for disease. For the rest of us, going without a properly working toilet for even a day can be a significant inconvenience at least.

And very few tenants indeed will accept non-functional toilet facilities without complaint for long. Fortunately, toilet repair is often an easy fix well within the abilities of an average DIY handyman.

And for sure they are everyday problems for plumbers. So one way or another, odds are good your toilet will be working again soon.

Toilet Not Flushing? When to Call a Pro

Is your toilet not flushing, even after trying these above steps? Then use our form to connect with a pro! The Networx system will pair you with a local plumber in your area who can fix your issue in no time.

And while you’re here, be sure to check out our many other complete guides. We cover everything from plumbing tips to landscaping and decorating your home. We’re sure you’ll find something to love.