Radon is a radioactive gas that is a byproduct of the breakdown of radioactive elements in the ground, such as thorium and uranium. These elements are found naturally in rock, water, and soil. 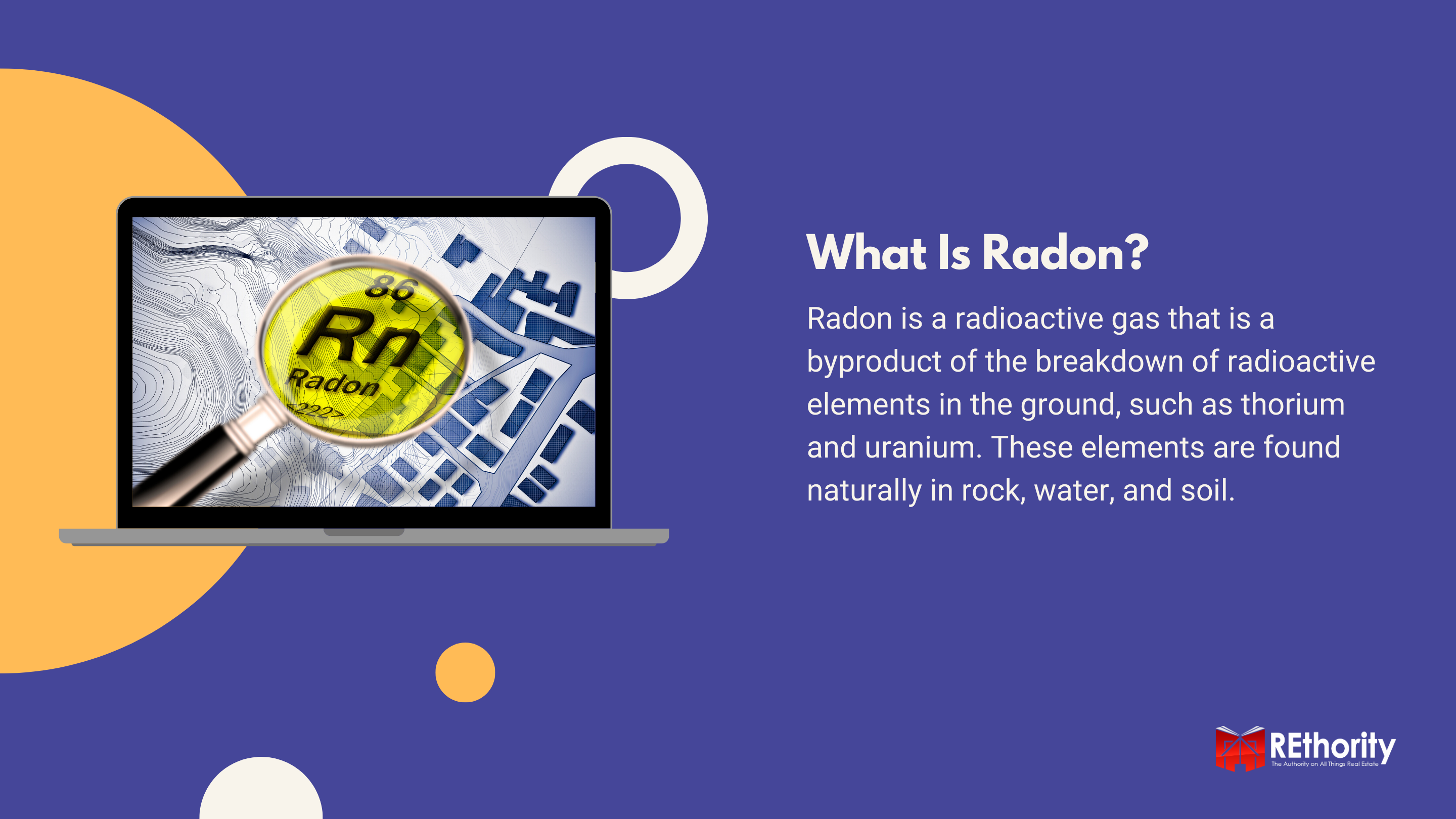 When these elements release radon, it can enter the home through cracks in the foundation and even well water. It’s then released into the air where unsuspecting homeowners can breathe it in, which can lead to serious health problems like cancer.

It can’t be seen or tasted, which is why it’s a good idea to regularly test your home. The EPA has found that one in every 15 houses has dangerously high levels of radon, so it’s worth the time and money to get your home (or potential home) tested.

How Radon Is Detected

Since radon isn’t something you can smell, taste, or detect with the naked eye, you have to test the environment around you to know if it’s present. There are two types of tests that can be done to detect radon:

The Environmental Protection Agency says to follow these steps when testing your home or office for radon:

You can find these tests at most hardware stores to do yourself. Just make sure to follow the directions closely to help you get the most accurate result.

You can call in a professional to do the radon readings for you instead of using a DIY kit. This is recommended if you’re doing it as a part of a real estate transaction, either buying or selling.

A professional will be able to provide a more accurate measurement for you, which may be something required by a mortgage lender, so make sure you look into that.

You can find a list of approved and licensed companies through your state’s environmental services agencies. They’ll run you about $150 or more.

Are You in Danger? 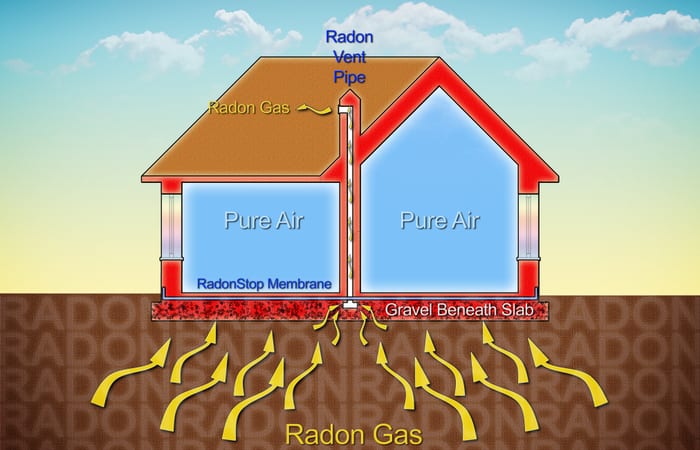 The truth of the matter is that radon is all around you and you’re probably breathing some in every day at a very low level. Radon tends to accumulate in places with inadequate ventilation.

Long-term exposure can lead to a variety of health issues but you likely won’t have any symptoms of the radon exposure itself, only symptoms of serious illnesses such as cancer that occur after a long period of exposure.

If Your Home Has High Levels

So, you did the radon test and the results came back high – what do you do now? You need to minimize the radon concentrations in your home and you can do that with a radon mitigation system.

The good news is that mitigating radon in your home with a radon mitigation system can be done without huge overhauls and without spending your children’s college fund.

Your first order of business should be to caulk any cracks or openings in your foundation to reduce the amount of radon seeping into your home. Then make a choice about how what kind of radon system your home needs.

Our friends at Enduring Charm did a great job explaining the difference between the different types of systems (which we describe in detail below).

Active sub-slab depressurization is a type of radon mitigation system that is mostly used on homes that have a basement on a gradient or a concrete slab basement.

It works well for these foundation types because radon has the tendency to accumulate under the concrete of the basement foundation, where small cracks can form and release the gas.

An active sub-slab system uses suction to help keep radon from building up and seeping into your home. It uses an electrical vent fan and monitoring system to pump radon out through a vent pipe that is installed between the gravel of the sub-slab.

The pipe extends all the way up above the roofline where the radon is released outside of your home. The fan has just enough power to suck the radon out and keep it from gathering underneath the slab.

This is a radon mitigation system that also uses suction to help you redirect radon out of your home. It’s a great system to use if your home has a crawlspace, especially if the floor of the crawlspace is dirt or gravel.

When this system is installed, a heavy plastic sheet is placed on top of the floor of the crawlspace. A channel is then created that will house a fan as well as a pipe that leads outside to flush the radon gas that builds up under the plastic sheeting out.

This is really similar to the sub-slab suction system except it’s collecting the radon gas under the sheet to flush it out instead of allowing it to build up underneath a concrete slab and be redirected.

If you live in a home with drain tile installed along the perimeter of the foundation, then you may be able to use this mitigation system. It applies suction to the tile, basically blowing the radon away from your home to the outside air.

Homes with a hollow foundation, such as block walls, can utilize a soil suction system that is installed directly into the walls of the foundation. This helps to create negative pressure on the inside of the wall and vent out of the radon.

The downside to this type of system is that it’s effectiveness depends on the size of the home. Larger homes may need to use block wall suction together with another method to help get the radon levels down to an acceptable, healthier level.

If you have a home built on an on-grade slab with a sump hole for water drainage, then this mitigation system may be the best option for you. It is similar to the active sub-slab depressurization system except that it adds a watertight, airtight cap on your sump hole to help facilitate suction.

This type of system is usually installed when a house is being built. It doesn’t require an active trigger for proper ventilation, such as a vent fan, because it utilizes differing pressures in different rooms of the home.

This natural differential in pressure encourages air flow in a specific direction and a duct system is installed that takes advantage of the air flow to guide the radon out of the home.

Passive suction systems are only for homes that have very low levels of radon and can’t be installed, so they’re strictly a preventative measure you can take when building a home – but still good to know about!

The cost of radon mitigation systems vary, especially since every home has different needs to be addressed in order to ensure the system functions correctly. Some of the factors that play into cost include:

It’s a good idea to call on a licensed radon mitigation specialist to come out to your home and provide you with an accurate price quote.

Once Your System Is Installed

Once your radon mitigation system is installed make sure you check for these things:

This will help to give you a proper reading of indoor radon levels and let you know your system is working as it should.

Should You Get a Radon Mitigation System?

Whether you’re in the market to buy or sell a home or you’ve lived in the same place for years, it’s not a bad idea to have radon testing done.

It’s better to know if you have a radon problem and take steps to reduce radon in your home than to live with dangerously high levels for years without taking action.