How much does it cost to move a mobile home? And how the heck do you even move one? If you’re asking these questions, you’re in the right place. Read on to learn what goes into the total cost and things to consider.

How Much Does It Cost to Move a Mobile Home? 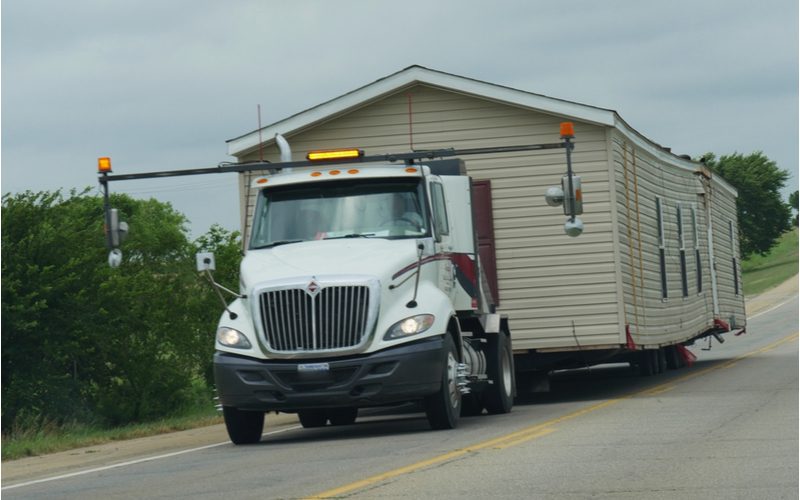 Manufactured homes are called mobile homes for a reason — if you don’t like where your home is located, it can be moved to a new location. That doesn’t mean it’s easy or cheap.

Next time you’re stuck on the highway behind a wide-bodied, slow-moving mobile home in transit, take a look at what’s involved. That’s a special truck towing the home and a special set of wheels it’s rolling on. Notice the crew of people driving tow vehicles, pilot and chase cars, assisting with moving power lines, and many other tasks.

It’s a big project, and it costs plenty. How much?

The major factors are the distance the home is being moved and the size of the home. The farther it’s being hauled, the bigger the price tag. And the bigger the home, the more that price will increase.

And even where it’s legal, the complexity of relocating a mobile home means it is not something for most do-it-yourselfers. Save your do-it-yourself urges for something less technical. For this job, the majority of people should plan to hire a licensed professional specialist. 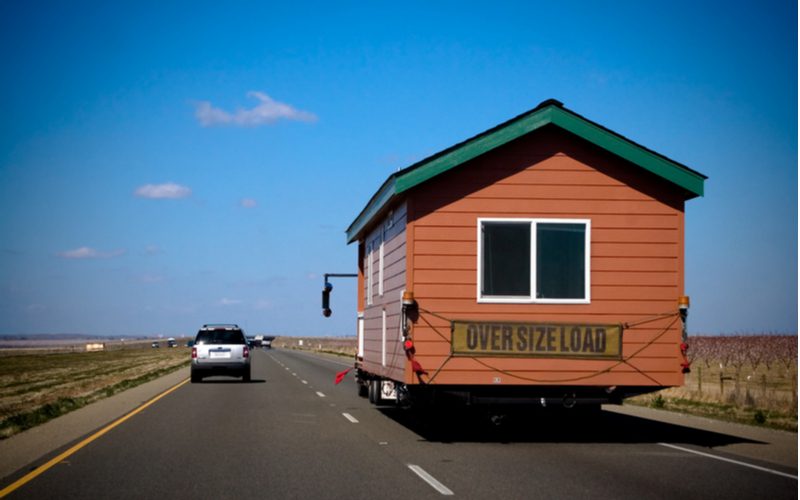 Moving a mobile home involves a host of considerations, from disconnecting the utilities to ensuring the moving rig will fit under bridges between where you are and where you’re going. A similar range of factors controls the costs. Here are the major ones:

The most critical element is how far you’re moving it. One rule of thumb is to figure $5 to $10 for every mile. So a 100-mile move could involve $1,000 in mileage costs alone. If you’re moving across several states, you can get to five figures.

Mileage isn’t the only distance-related cost. Your state will likely charge a fee to lug your home on its roads. And when moving from one state to another, you’ll usually need to pay again to move your home through your new home state. If you’re going through several states, that’s several fees.

According to Oversize.io, fees range from a flat $1 in Virginia to $66 in California. These low prices are for standard-sized mobile homes about 12 feet wide. Bigger homes 14 or more feet wide can pay much more to use a state’s roadways. Some states charge per mile.

Size runs a close second to distance. The bigger and heavier your home, the more the move will cost. Single-wide homes are smaller, so they cost less than double- and triple-wide homes. This difference can be a lot.

That’s because while single-wide homes can be moved as a unit, a double- or triple-wide home will likely have to be split into two or three pieces, then reassembled at the site. That process involves a lot of skilled and expensive labor.

The home’s weight is almost as important as its dimensions. Heavier homes naturally cost more. A single-wide mobile home will typically weigh approximately 40,000 lbs. But a given home may weigh more or less depending on the materials used in its construction.

Whether a home has vinyl or metal siding, for instance, is a factor. Drywall is heavier than paneling, and so forth. And, generally speaking, older homes weigh somewhat less than recently built homes.

Transporting the home is just part of the cost. First, a home has to be prepared for the move. This can involve disconnecting utilities and removing external features such as decks and satellite dishes. The owner may do some of these jobs to save money, but some, such as electrical and plumbing work, usually require licensed professionals.

Once at the site, the utilities have to be reconnected and exterior features re-installed. Sometimes a new site may require extensive grading and clearing to accommodate the tow vehicle and give the house a solid resting space.

Plus, there will usually be additional fees for inspections required for electrical and utility connections. These vary based on the type of utility, location, and amount of work done.

While these are the major factors in mobile home moving cost, they’re not the only ones. For one, your mover will need to have hazard and liability insurance coverage and may charge you separately for the policies.

Your home’s age and condition may also be considerations. An older home in poor condition may require extra care to get it ready for the move, secure it to the trailer and place it on its new site without damage.

According to housing manufacturer Clayton Homes, homes built before new regulations went into effect in 1976 may not be suitable for moving at all. Another consideration is the weather the home was built to withstand. For instance, regulations on wind resistance mean you probably can’t move a home built for Ohio to Florida.

Finally, like any move, you need to budget for packing, moving, and unpacking the home. In some cases, plan for short-term storage for some or all of your personal items while the home is being prepped, transported, and set up for you to live in it. 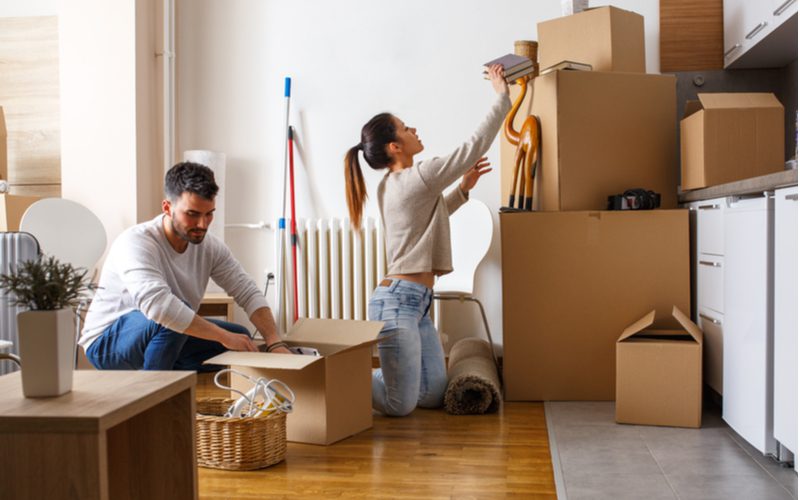 With all these costs in mind, it makes good sense to consider when selecting a home mover. Transporting a mobile home is very different from other trucking jobs, notes Oversize.io. The tractors used to pull the load are quite different from ordinary big rigs. They even have a different name, being called “toters” instead of tractors.

Trailers are also specialized because of the size and width of the homes. And the requirements for pilot and chase cars mean it takes a much larger crew to move a mobile home than to transport an equal-sized load of ordinary items.

When it comes time to select your mover, check your state manufactured housing association to see if it has a directory of qualified movers. The Manufactured Housing Institute has links to state associations on its website.

Once you have some candidates, making the choice means evaluating the mover’s licenses and certifications, experience, insurance, and professionalism. Cost, of course, is also a focus. And costs vary among movers. Consider getting several bids and negotiating with your preferred mover to get the best service for the best price.

Delivering a newly purchased mobile home from the manufacturer or dealer to a new location is a major portion of the cost of acquiring it. That’s why it’s a good idea to buy one from a local dealer when shopping for a new home. Buying local is one very effective way to manage the costs of moving a mobile home.