Wondering about concrete cure time? You’re in the right place. We’ve rounded up all the information you’ll need to successfully complete your next concrete project. Read on to learn all you need to know.

How Long Does Concrete Take to Cure? 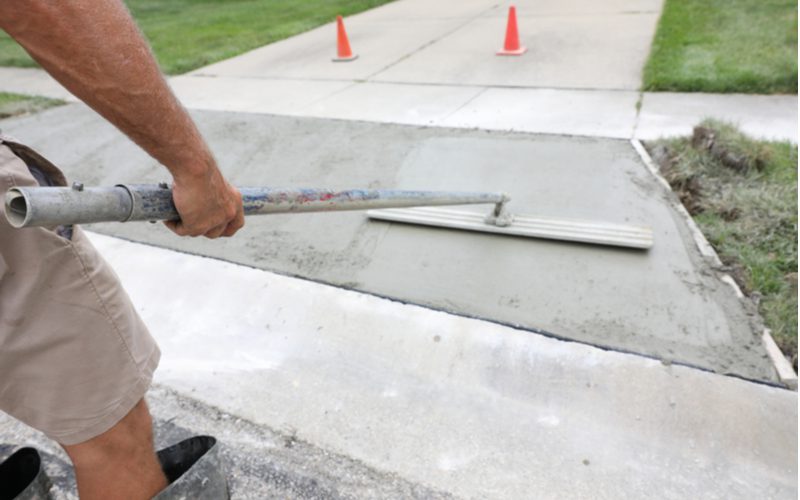 Concrete cure time varies by climate, moisture level, and concrete type, but there are a few rules of thumb to follow. Staying off the concrete for the recommended amount of time ensures that it has enough time to cure, preventing future damage and making your investment worth the money.

Concrete needs to cure for 24 to 48 hours before it’s safe to walk on. It takes seven days for the concrete to cure enough to support vehicles and heavy machinery. After 28 days, the concrete is fully cured and has reached its maximum strength. 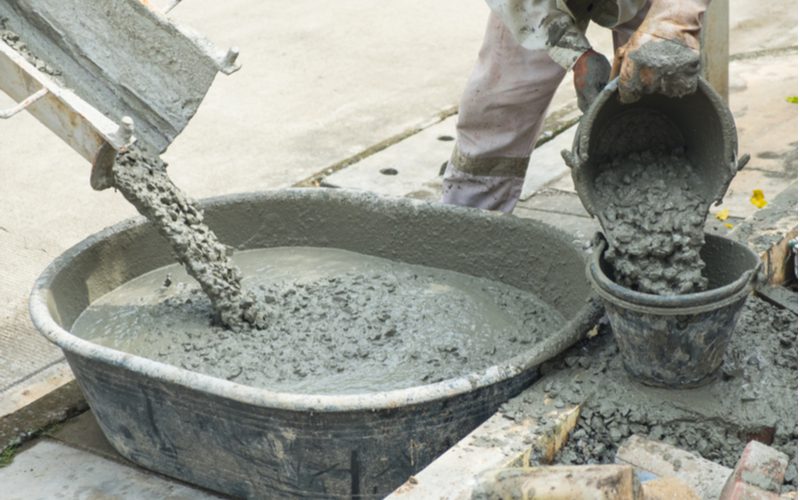 After a week, the concrete has 70% of its strength and should be cured within a month of pouring. Some factors that can extend curing times or prevent the concrete from settling include the weather and ingredients in the mix.

The right amount of moisture is critical during curing. Too much water and the top layer will start flaking and crumbling. Not using enough water causes the concrete to dry faster, and this is not what you want. When concrete dries too quickly, it loses strength and cannot support normal weight loads.

Problems with moisture often occur during the mixing stage, but the weather can also play a role. Rain and high humidity can interfere with the curing process. It’s a good idea to check the forecast before you start mixing.

Temperature, wind, and humidity affect concrete strength. The problem occurs when the top layer cures faster than the bottom one. Concrete shrinks during drying. If one layer dries faster than the other, you’re left with an uneven slab.

Strong winds can have the same effect depleting the top layer of moisture, causing it to shrink faster than the bottom one. Humidity can have the opposite effect as heat and wind. Moisture is not evaporating from the slab, slowing down the curing process.

The bottom layer may dry faster than the top resulting in an unbalanced and potentially dangerous concrete slab. Curing concrete in cold temperatures will take longer. It can also reduce the overall strength of the slab after it dries. Optimally, you want to cure concrete when temperatures range between 55 and 73 degrees Fahrenheit.

Concrete mixes are not the same, and setting times can vary. You can also add an accelerant to the mix to speed up the curing time. Calcium chloride is the most common accelerant, but you can also find some brands without the harsh chemical.

An accelerant can speed up drying by as much as three times compared to slabs with concrete alone. The accelerant helps to speed up cement hydration. As the moisture and cement mix, the concrete starts to settle and harden.

But there’s a downside to using an accelerant. The concrete loses some of its strength, but will still meet code requirements. Accelerants are most often used in freezing temperatures when the moisture may freeze before hydrating the concrete.

There are a few dos and don’ts to consider as you pour the concrete and wait for it to cure. 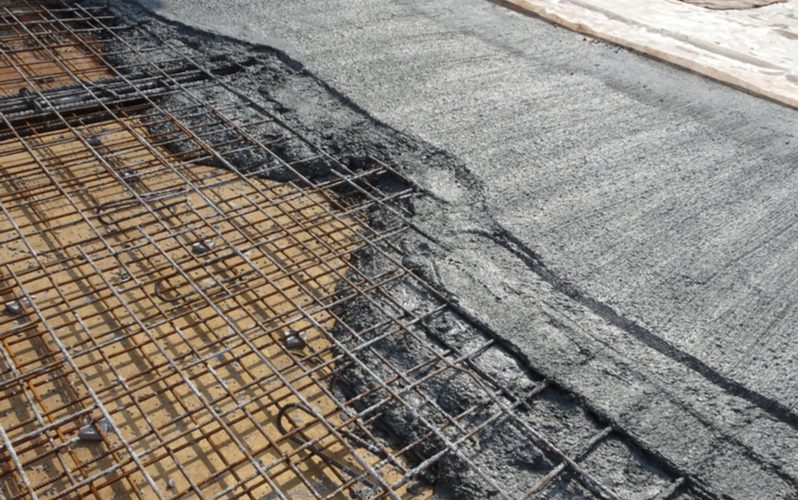 You can have all of the information you need about concrete cure times and still have questions. Don’t worry — we have the answers for you.

How long should concrete cure before putting weight on it?

Concrete cures in various stages determining when you can put weight on it. After two days, foot traffic is safe. You don’t have to worry about footprints. After a week, the concrete has 70% of its strength and can handle vehicles. You may want to wait a full month before driving heavy machinery over the new concrete slab. After 28 days, the concrete has cured to its full strength.

Is it okay if it rains after pouring concrete?

As a general rule, you don’t want to pour concrete in the rain. You can end up with too much moisture and uneven drying times. Scaling, crumbing, and dust are common problems with rain-poured slabs. You not only ruin the appearance of the slab but also compromise its strength.

How long before it can rain on concrete?

Check the weather forecast before pouring concrete. You need at least 24 hours of dry weather for the slab to start curing properly. Two days without rain is optimal but may not be feasible. If it does start raining before the slab has been set for a day, covering it with a sheet or blanket will help keep it dry.

What temperature will concrete set?

The best temperatures for curing concrete are between 40 and 60 degrees Fahrenheit, but some experts recommended letting the weather warm up to 50 degrees.

The reason the temperature is crucial is due to how the chemicals in the concrete react. Colder temperatures slow the process down, and hotter ones speed it up. Both will cause the slab to lose some of its strength.

Concrete cure times can vary, depending on a few conditions, but within a month the slab is ready to support heavy equipment and building structures.

Pay attention to the temperature and rain forecast, and use covers to protect the drying slab whenever necessary. If you take the time to let the concrete properly cure, you’ll have a slab that will last for years.