EThe size, shape, and even ceiling height of a home can vary greatly, so how do you accommodate low ceilings when you want to put in a ceiling fan? Easy, just pick one of these ceiling fan alternatives for low ceilings.

If the heat in your home becomes even more suffocating when the roof atop you feels crushing, here are some of our best alternatives for a cool environment.

Air conditioning is one of the best ways to cool a house. It is effective in even the hottest climates but can be expensive to install and run. Here are some different types of air conditioning that may work for you: 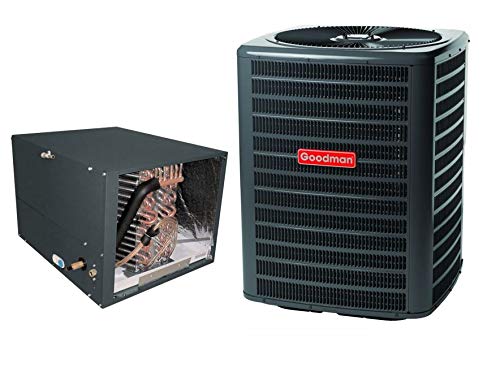 Goodman 2.5 TON 15 SEER Air Conditioner Bundle (GSX160311 CHPF3636B6) Check Latest Price
We may earn a commission when you click this link, at no extra cost to you.

Central AC works through the same pipes that heat your house. There is a large fan outside. As air cools in the house, the fan expels the heat outside thereby lowering the overall temperature.

While central AC is one of the best ways to keep a house cool, it is also one of the most expensive. If your home isn’t properly sealed, or you live in a climate where you need the AC on all the time, you will end up paying a ton for electricity.

Central AC is also expensive to install if you don’t have all the parts in place already. While it is one of the quieter options, it can also dry out the house, causing a need for humidifiers on top of the AC. 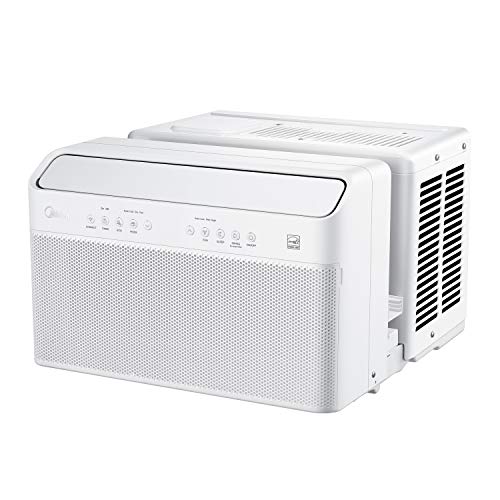 Midea U Inverter Window Air Conditioner 12,000BTU Check Latest Price
We may earn a commission when you click this link, at no extra cost to you.

Window AC units are the perfect option if you only want to cool one room or have a particularly small home like an apartment. They don’t require permanent installation and are much cheaper to run than central AC.

Window air conditioners do have some drawbacks, though. First and foremost, they are unsightly and take up valuable window space. If you have few windows in your house or they are small, this may be a problem. Say goodbye to the view and hello to a cooler room. 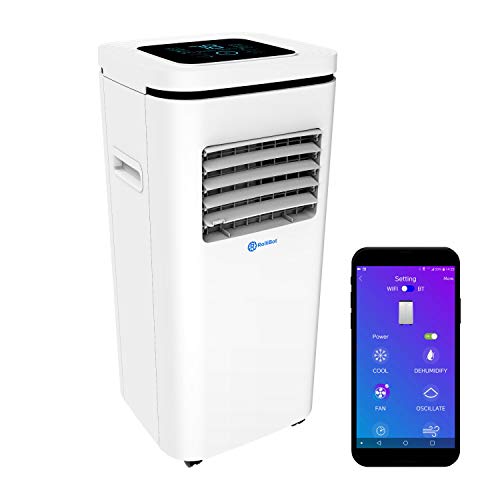 ROLLICOOL Alexa-Enabled Smart Portable AC 10,000BTU Check Latest Price
We may earn a commission when you click this link, at no extra cost to you.

Window AC units aren’t for everyone as they can be ineffective for larger spaces and take up valuable window space. Portable AC units, on the other hand, take up very little window space because they only need enough room for the exhaust hose.

Portable AC is cheaper than central but more expensive than a window unit. You can move them around more easily than window units, however, and cool larger areas.

Some portable AC units also dehumidify the air at the same time as cooling. While portable air conditioning does take up floor space, it is less obtrusive to the eye than a window unit and you can store it easily when needed.

The chances are, if you’re looking for an alternative to a ceiling fan, you already have central air conditioning and just want something to help move the air. Luckily for you, there are endless options to choose from when it comes to fans.

Some circulate air, some vent air outside, and some remove heat effectively from the house. Let’s take a look at the best ceiling fan alternatives. 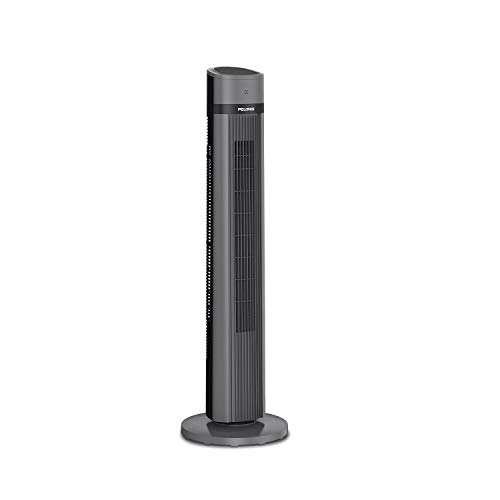 PELONIS Oscillating Tower Fan with Remote Control Check Latest Price
We may earn a commission when you click this link, at no extra cost to you.

Tower fans are a popular option for those with low ceilings. Tower fans are relatively cheap to run and you can move them anywhere in your house. Thanks to their design, they help push air around at different heights.

This helps to circulate air and prevent hotspots. Additionally, tower fans are relatively inexpensive, and most come with remote controls.

Depending on where you set them up, they can be extremely effective at removing hot air from your home. Unfortunately, some designs are quite noisy and don’t have as many setting options as others. 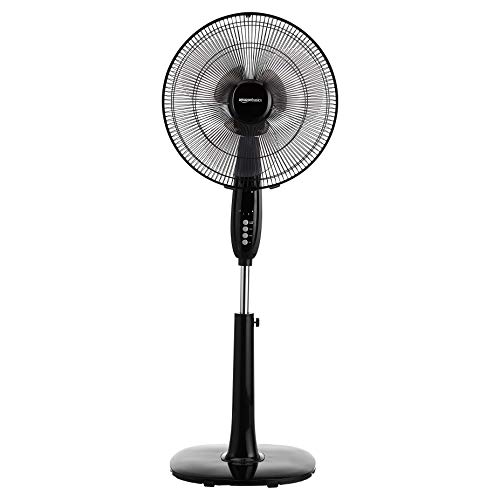 Amazon Basics Oscillating Dual Blade Standing Pedestal Fan Check Latest Price
We may earn a commission when you click this link, at no extra cost to you.

Pedestal fans are the ones we all remember from school; the ones that only seemed effective if you sat right in front of them. While pedestal fans aren’t ideal for large classrooms with many students, they do provide great relief in smaller homes.

Pedestal fans are a good option if you want to cool a room like an office or bedroom. They are extremely cheap most of the time and don’t cost very much to run. They can, however, be quite noisy and tend to have limited settings. 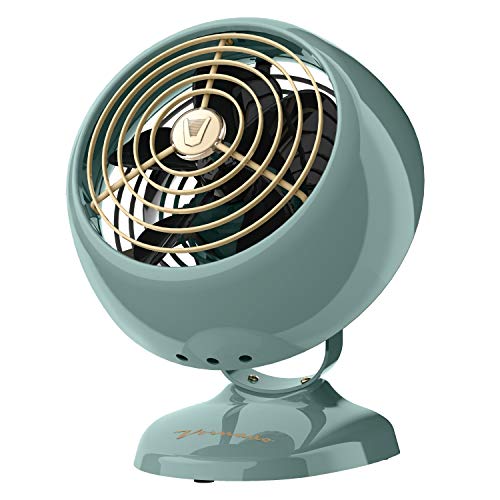 Vornado VFAN Mini Classic Personal Vintage Air Circulator Fan Check Latest Price
We may earn a commission when you click this link, at no extra cost to you.

Table fans are a fabulous option for cooling very small spaces. They are ideal for offices, bedrooms, and living rooms. Table fans come in many variations. Some look like small pedestal fans, while others may be bladeless, look like window air conditioners, or have a base that clips onto the edge of a table.

Table fans are a good option for keeping individual people cool but they won’t cool your house. Depending on the design, they may also be noisy and not very powerful. On the positive side, they are probably the cheapest option on the list, most portable, and least expensive to run. 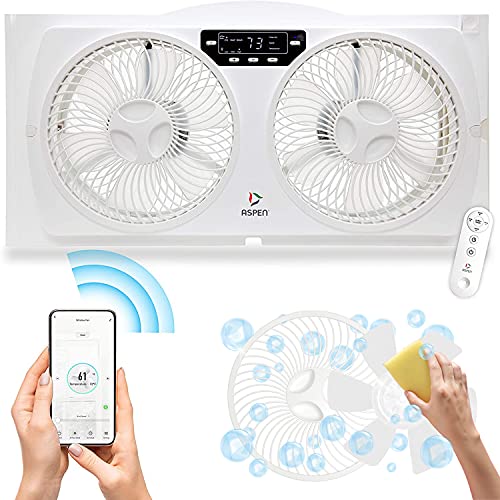 ASPEN Smart Window Dual Fan | App Controlled 3 Speed Check Latest Price
We may earn a commission when you click this link, at no extra cost to you.

Window fans look much like window air conditioning units. They sit in the window frame and pull hot air out of the room. They can help cool small rooms but become less effective the more open the house is.

Some window fans are especially quiet so that you can use them while you sleep. They are easy to install and tend to be fairly cheap but aren’t as effective as other options. 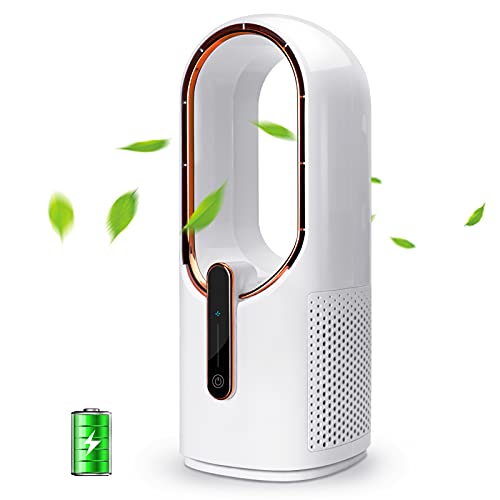 CONBOLA Desk Fan, 11.8 Inch Quiet Bladeless Fan Check Latest Price
We may earn a commission when you click this link, at no extra cost to you.

Bladeless fans have been around for a few years but are, unfortunately, still fairly pricey. Bladeless fans work by pulling air into a small fan hidden in the base. The shape of the device multiplies the airflow by about 15 times to create a cooling effect.

Bladeless fans come in a variety of options from tower fans to desk fans. If you can afford them, they are a super-effective way to move and cool air.

Bladeless fans usually come with a remote and many setting options like tower fans, but cheaper models may not. In addition to cooling rooms effectively, bladeless fans are also quieter than most other fans and have a much more aesthetically pleasing design. 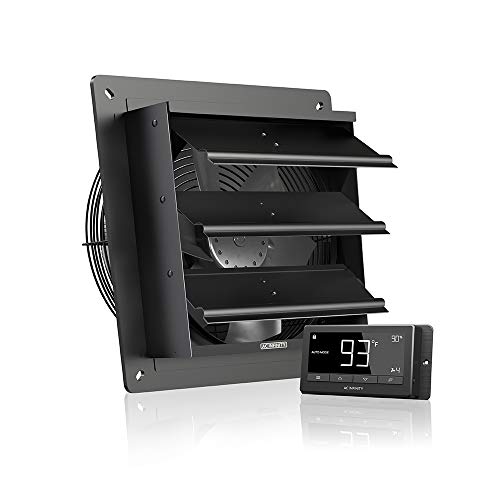 AC Infinity AIRLIFT T10, Shutter Exhaust Fan 10" Check Latest Price
We may earn a commission when you click this link, at no extra cost to you.

Attic fans are a good way to cool a whole house. They require minimal installation but act as a permanent fixture. By adding an attic fan to your roof, you can vent the hot air from your attic.

As we all know, hot air rises, so by removing heat from the top of the home, the rest of the house will feel cooler. Adding an attic fan isn’t an overly expensive endeavor and can reduce your overall electrical bill.

While attic fans may not cool specific rooms, and you may still need fans indoors to help move the air around, they greatly reduce the overall temperature. 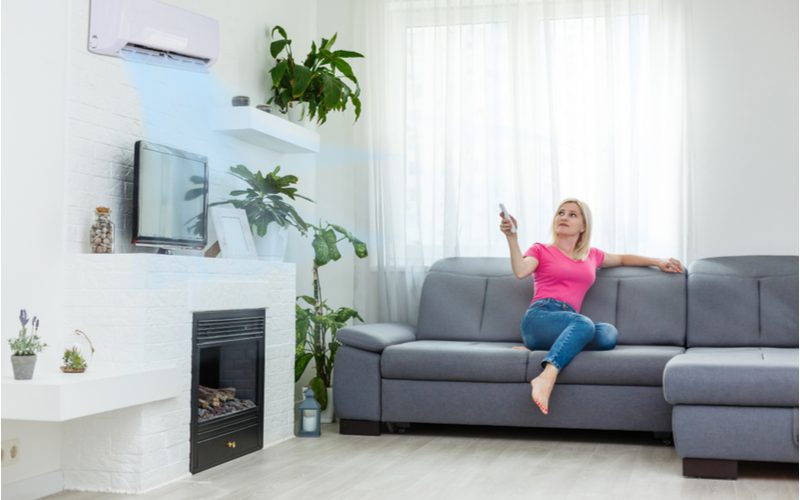 While you may be feeling down that you can’t fit a ceiling fan in your home due to low ceilings, be sure to consider these points before latching on to an alternative solution:

Can you put a ceiling fan on a low ceiling?

The answer depends entirely on how low the ceiling is. If your ceiling is low because it is inclined, then no, you can’t install a ceiling fan. If the place you want to install it is over a bed, then probably not, but you may be able to fit one over a dining table.

As long as you find a ceiling fan that doesn’t hang down and your ceiling isn’t so low that you will walk into the fan, then you can probably find at least one model that works.

Would a bladeless ceiling fan work?

Hugger fans are generally recommended for ceilings lower than eight feet, but they aren’t as effective at moving air as a normal ceiling fan. Hugger fans also don’t provide as much or any light.

Air conditioning is a fabulous way to cool your house, but it can be expensive. Fans are another great option.

They are cheaper than AC, portable, and ideal for small spaces, but they can’t cool the whole house and can be loud. Using a combination of fans or fans and AC can be an incredibly effective way to cool your home and keep you from overheating.