Which side of your porch should you hang your American flag on? It’s a good question, and one that many patriotic homeowners will find themselves pondering at some point. But don’t worry — you’re in the right place.

Which Side of Your Porch Should You Hang Your American Flag On? 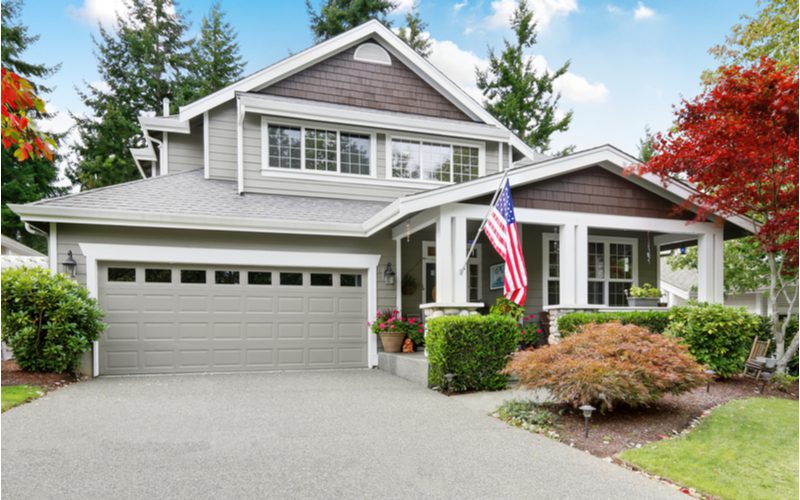 For many Americans, the flag is much more than just a three-foot-by-five-foot piece of red, white, and blue fabric—it’s an untarnishable symbol of freedom, equality, and sacrifice and a proud reminder of the nation’s history and promise.

That’s why it’s so important to treat it with the respect it deserves. Damn right you should — especially in this day and age.

There are countless customs surrounding the presentation of the American flag, some of which have remained unchanged for hundreds of years. One that pertains directly to patriotic homeowners is how to display the star-spangled banner outside of a dwelling, particularly one without a dedicated flagpole on which to fly it.

The short answer: It doesn’t make much of a difference. There are no hard and fast rules for how the average civilian must showcase the American flag at home. That said, there are best practices. We’ll be taking an in-depth look at some of them in this article.

Does It Really Matter Which Side of Your Porch You Hang Your Flag On?

Here’s some good news that will hopefully ease any flag-related anxiety you might be feeling: you can put your flag on whichever side of your porch it makes the most sense for you to do so. Technically speaking, a “right” way and a “wrong” way to display the American flag.

As outlined in the official United States Flag Code, these rules only apply (i.e. are enforceable) to active and retired military personnel, Boy Scouts, members of the American Legion, and other individuals representing the United States in a vocational capacity.

In other words, ordinary citizens are free (see what we did there?) to hang their flag in any fashion they wish.

Still, people tend to attach a lot of importance to things like traditions and symbolic gestures, and rightfully so. With that in mind, we’ve put together a brief primer on how to fly the stars and stripes correctly and with complete confidence.

Remember, no one’s going to call the Flag Police on you if you happen to violate one or more of these guidelines. They’re simply suggestions for presenting your flag in the most dignified manner possible.

Place the American Flag to the Left of Other Flags

The only time that the directional placement of the American flag becomes an issue is if you plan on displaying multiple flags in front of your home. In that case, custom dictates that it should go to the left of all the others.

For example, if you wanted to fly an American flag, the flag of your home state, and a banner supporting your local electrical worker’s union, you would start by situating the American flag on the far left side of your porch (when viewed from the street), then put up the rest in whatever order you prefer.

Arranging the American flag on the left—the direction from which English-speaking people read—indicates its primacy among other nations, governments, organizations, entities, and causes.

The Flag Code calls for it to be stationed on the observer’s left during marches and public events for the same reason.

Always Keep the Union in the Upper Lefthand Corner

The “Union” is a nickname for the blue-backdropped section of the American flag containing the stars that represent the 50 states. It’s the American flag’s canton, a large rectangular section of a flag, usually, with some special symbolic meaning, that’s meant to be displayed in its hoist corner.

In this case, the top left corner (or the flag’s “own right,” in the ceremonial language of the Flag Code). Orienting your flag so that the Union is in the upper left-hand corner is a no-brainer if you’re going to be displaying it horizontally.

This is how it’s supposed to be viewed. When hanging it vertically, however, you’ll need to rotate it clockwise 90 degrees, then flip it around so that the Union ends up on the left.

Never Hang Your Flag Upside Down

Historically, hanging the flag upside down has been a kind of S.O.S., something that’s only done in times of national emergency to signal “dire distress in instances of extreme danger to life or property.”

Needless to say, it’s not an appropriate way to display your flag under normal circumstances. While raising an inverted American flag is unlikely to send your neighbors into a panic, it could send the wrong message, or at the very least, make you appear a bit careless. 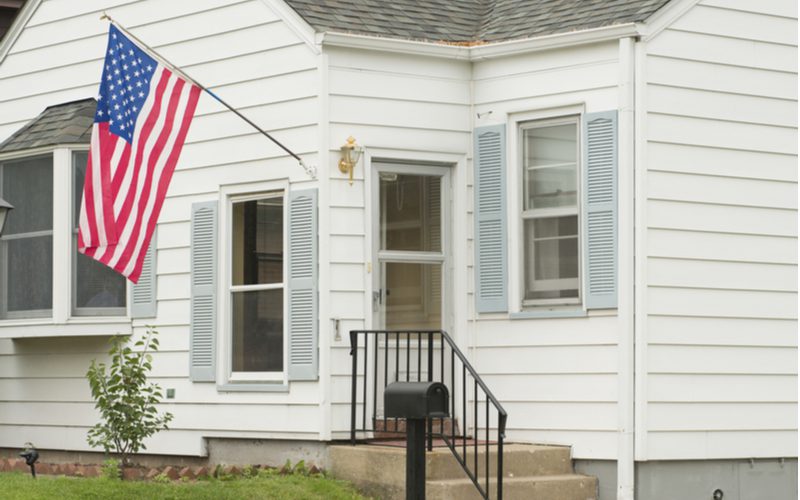 The U.S. Flag Code is full of fascinating criteria for how the American flag is to be handled and exhibited. Here are some you may want to consider if you’re set on following the law to the letter:

No one wants to commit an unfortunate faux pas when paying respect to their homeland. To clear up any lingering confusion, we’ve taken the time to answer some of the most commonly asked questions dealing with the finer points of flag etiquette.

Where Should a Flag Be Placed on a House?

Ideally, you should attach your flag to a pole that extends outward from a front-facing wall, balcony, or window sill at a slight angle. If, for some reason, that’s not an option, it’s also acceptable to suspend it either horizontally or vertically from one of the beams on the upper level of your home.

Which Way Do the Stars Go When Displaying an American Flag?

The union (the blue box containing the stars that correspond to the fifty nifty United States) should always be in the upper left-hand corner, regardless of how your flag is oriented. If you’re going to hang it vertically, you’ll need to give it a half-turn and a full flip so that the union is on the left.

Should You Take Your Flag Down When it Rains?

If you’re going by the book, yes. Section 6, Article C of The U.S. Flag Code flag proclaims that the flag should not be flown on days with inclement weather.

The only exception to this decree is if you’re outfitted with an “all-weather” flag, a durable, moisture-resistant type of flag that’s specifically designed to stand up to the elements.

Is It Okay to Hang a Flag on the Wall?

That depends on your intended purpose and how seriously you take the provisions laid out in the Flag Code. The document quite explicitly condemns the use of the American flag as a decoration, even going so far as to say that it shouldn’t be worn on clothing.

There’s a thin line between decoration and tribute, though, so hang away if you’re not one to be hemmed in by formalities.

So, Which Side of the Porch Should You Hang Your American Flag? 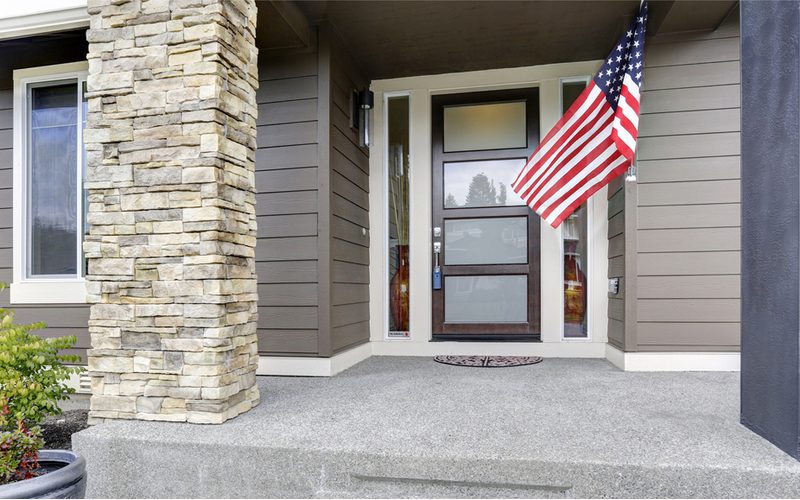 Neither the founders of the United States nor the framers of its Flag Code intended their flag-bearing standards to be a source of stress to well-meaning Americans. Don’t worry so much about getting each and every condition exactly right—just do what works for the space you have available outside your home.

If you’re in search of some good general rules of thumb, the two to keep in mind are to place your banner on the left side of your porch when displaying other flags alongside it and to make sure that the Union is always positioned in the top left corner.

Otherwise, put your colors where you can, fly them with pride, and be grateful that you’re fortunate enough to live in the land of the free and the home of the brave.