Each year, according to the National Fire Protection Association (NFPA), over 400 deaths occur because of fires caused by electrical failure or malfunction, and over 1,000 people die because of electrical injuries.

In many cases, a properly functioning Ground Fault Circuit Interrupter (GFCI) could have prevented the fire or injury. But how does a GFCI work? I’ll explain everything.

What Is a GFCI? 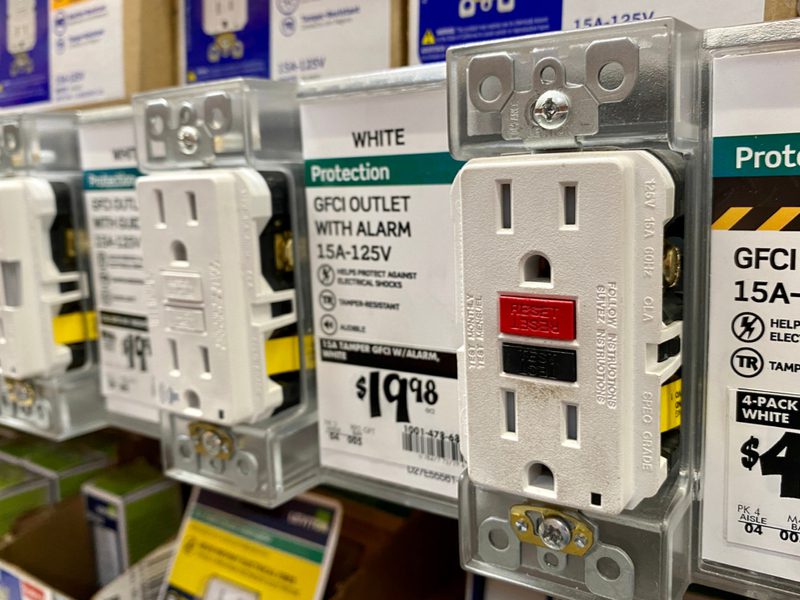 A GFCI is a very affordable electrical device that is installed into your electrical system or built into a power cord. The GFCI “trips” or cuts the current when electricity is transferred from the positive conductor to the neutral conductor unevenly.

The transfer can be because of a ground fault or a “leak.” Its sole purpose is to stop current from transferring from the source to an external party, like a person or piece of equipment.

When a person or thing receives a shock, the GFCI senses this and cuts off the power supply. It works in milliseconds, which can avoid:

While ideally every outlet or electric-powered equipment would have a GFCI, at least areas of high risk have one.

How Does a GFCI Work?

A GFCI serves as a circuit breaker between the power source (in a home this is the internal wiring) and the equipment it powers (hairdryer, electric mixer, electric stove, etc.)

Typically, a GFCI is part of your electrical outlet equipment and is most recognizable by the Test and Reset buttons in the center of the outlet mechanism. These buttons vary in color but usually are red and black or the color of the outlet plate with green lettering.

You will find GFCI outlets near a water source. They are located there because they help mitigate electrical hazards.

The most common is when water alters the flow of electricity from the positive conductor through some object into the ground. Additionally, a GGCI outlet will trip if a circuit overheats and causes a power flow disruption.

GFCIs exist in more applications than just outlets in buildings. Some portable tools and equipment have GFCI circuits. A portable GFCI provides “on-the-spot” ground fault protection and usually has the same type of “on-off” trip, although its appearance varies per the manufacturer.

How a GFCI Works

Every properly functioning outlet has two vertical slots and one round hole for a plug. The left slot is neutral and delivers no electricity. On the contrary, the right slot is “hot,” which means that power transfers from the source through it and onto whatever it is powering.

As current flows from the hot conductor into the equipment that needs power and back through the neutral slot, the GFCI measures the current leaving and returning.

If the current is not equal, a sensor detects the inequity, and if the distribution discrepancy exceeds 4 or 5 milliamps, the GFCI interrupts the power relay, stopping the power transfer.

When the cause of a GFCI ground fault is addressed, the GFCI resets, and power gets restored to that circuit. If the problem persists, the GFCI will disconnect again and will not reset. It will continue to remain disconnected until the power distribution equalizes.

Where Should GFCIs Be Located?

Ideally, every outlet in a home or commercial building in proximity to water is a GFCI unit. You never really know when water could disrupt the power flow of an outlet. Because of that, the following locations must have GFCIs:

In most places, the law states that GFCIs must be adjacent to or around water. In addition to that, according to the National Electric Code (NEC), all homes must have GFCI protection in outlets that are 125 volts.

Previously, the deciding factor regarding GFCI installation was that without a GFCI outlet, a threat of shock or electrical fire existed. The areas that possess that threat included:

The Importance of Testing GFCIs

Every GFCI outlet in a building has monthly testing required to ensure it is always in working order. That schedule is frequent enough to ensure continued, safe operation. To test the GFCI outlets in your home, you should:

Trip the outlet by pressing the “test” button. You should hear a “snap” sound, and power should no longer work in that outlet. You can check the efficiency of the GFCI unit by employing a voltage meter. You have to reset the GFCI mechanism for the outlet to start working again.

A bad or tripped GFCI might also be why an outlet located elsewhere in your home might not work. GFCIs can be used as “mini-circuit breakers” along a chain of outlets, with several outlets wired “downstream” from the GFCI unit.

If a GFCI unit is part of this type of electronic schematic, and it trips, it can render every other outlet inoperable until reset. To test this, if you have an outlet that is not working, find the nearest GFCI outlet and see if it tripped.

Press the reset button to restore power and then check the other outlets. If your outlets are working, use the GFCI unit to see if you have a downstream alignment.

Test the outlets surrounding the GFCI unit and verify that each is in working order. Then trip the GFCI unit and retest those same outlets. If one or more have stopped working, you have a downstream alignment with your other outlets.

Using a GFCI, while not optimal, is not a safety hazard and, in some cases, might be a help. The best way to remove this electrical setup is to contact an electrician; do not attempt to rewire each outlet yourself. 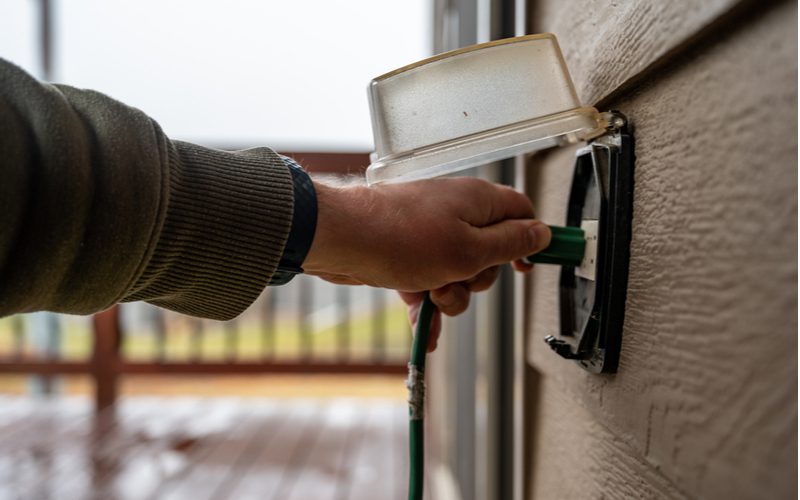 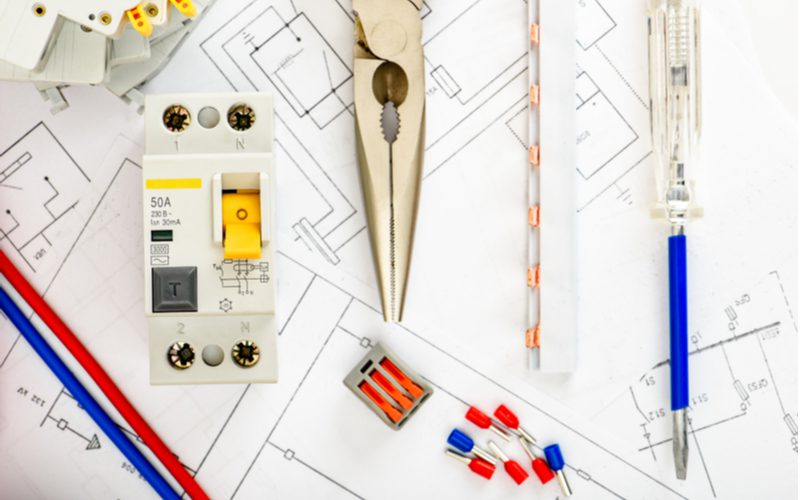 The following are frequently asked questions pertaining to GFCI and their use.

What Does GFCI Mean, and What Do They Do?

A GFCI is an acronym for Ground Fault Circuit Interrupter. It ensures that the flow of electricity through an outlet from the hot conductor to the neutral conductor is balanced.

When it is unbalanced, the GFCI trips and the power circuit is broken, stopping power. The most common way a GFCI becomes unbalanced is when a human being serves as a conduit to allow electricity to enter the ground.

Is a TVSS a GFCI?

No. A TVSS is a surge suppressor, which manages surges in power. A GFCI detects an unbalanced current flow and shuts down an outlet. A TVSS protects devices, while a GFCI protects humans from electrical hazards.

Are a GFCI and a GFI the Same?

Is a GFCI a Circuit Breaker?

GFCIs detect inequities between power as it flows from a positive or hot conductor to a neutral conductor. One leak GFCIs pick up on is when current passes through a human into the ground.

A circuit breaker is a switch that protects an electrical system from damage caused by overload or a short circuit. It interrupts current flow when it detects a fault condition.

Does My Home Have to Have a GFCI?

That depends on how old your home is as well as state and local rules and regulations.

Is a GFCI Foolproof?

Used properly, a GFCI rarely malfunctions if it is in and kept in good working order. A neglected or worn GFCI can malfunction, however, which is why it is recommended that every GFCI in the home be tested once a month.

Is it safe to use a GFCI in a downstream alignment to function as a circuit breaker? It depends on the alignment, among other things.

A GFCI will not react to an overload unless there is a discrepancy in current flow from positive to neutral conductors. Before going this route, though, the best approach to that question is to consult a licensed electrician.

Should a Garage Have a GFCI?

If an outlet is near a water source, yes, no matter where it is located. Additionally, if your garage is frequently exposed to moisture or larger amounts of liquid, a GFCI on every outlet is a good idea. 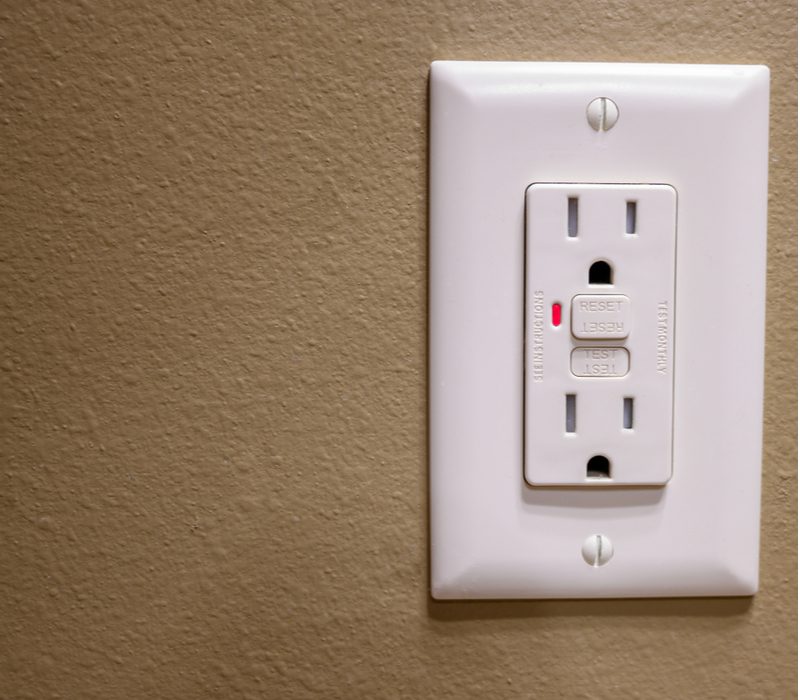 So, what is a GFCI? In a nutshell, a GFCI is a sensor that detects discrepancies in current flow from positive to neutral. The most common discrepancy is when a positive current goes through something into the ground.

When that happens, the GFCI trips and current is stopped; because it happens in milliseconds from the detection, fires and injury are avoided.