Goathead is an annoying, invasive species of weed that is extremely painful to step on and hard to kill. Fortunately for you, we’ll cover what this weed is and how to get rid of it. Read on to learn more. That’s because of the way Goathead burrs penetrate clothing, gloves, footwear, tires, and, of course, skin.

Stepping barefoot on a goathead burr drives one of its two long, upright thorns into the sensitive bottom of the foot.

This produces sharp pain and can lead to infection.

Often people get additional punctures when they try to remove the thorn from their foot or hand. People can also get hurt when they encounter goatheads tangled in pants, socks, shoelaces, or a pet’s fur.

Why Goathead Is a Pain

Balls that roll into a patch of goatheads may come up covered with spikes. Many people have learned the hard way to deal with goathead burrs by picking them out with pliers, tweezer, or heavy gloves.

They can also be removed by brushing or scraping. Bare fingers are not recommended. To make matters worse, goathead plants are toxic to livestock.

While goats can reportedly graze on it without harm, it’s poisonous to sheep and possibly cattle. This harmful effect is in addition to cuts on the animals’ mouths that are likely when they try to eat it.

Oddly enough, dried and ground goathead seeds are used as a remedy in traditional Chinese and Ayurveda medicine.

It’s marketed in Western countries as an enhancer of testosterone, male libido, and sports performance. Regardless, burrs of the goathead plant are needle-sharp and hard enough to puncture bicycle tires and some shoe soles.

And these non-native weeds are invasive and hard to kill. Once established on a lawn, garden or pasture, goathead is a hazard to people, pets, and livestock as well as causing flat tires.

But with a systematic and sustained attack, it’s possible to beat goathead and make a landscape safe for barefoot walking again. Read on to learn how to erradicate these annoying weeds for good. 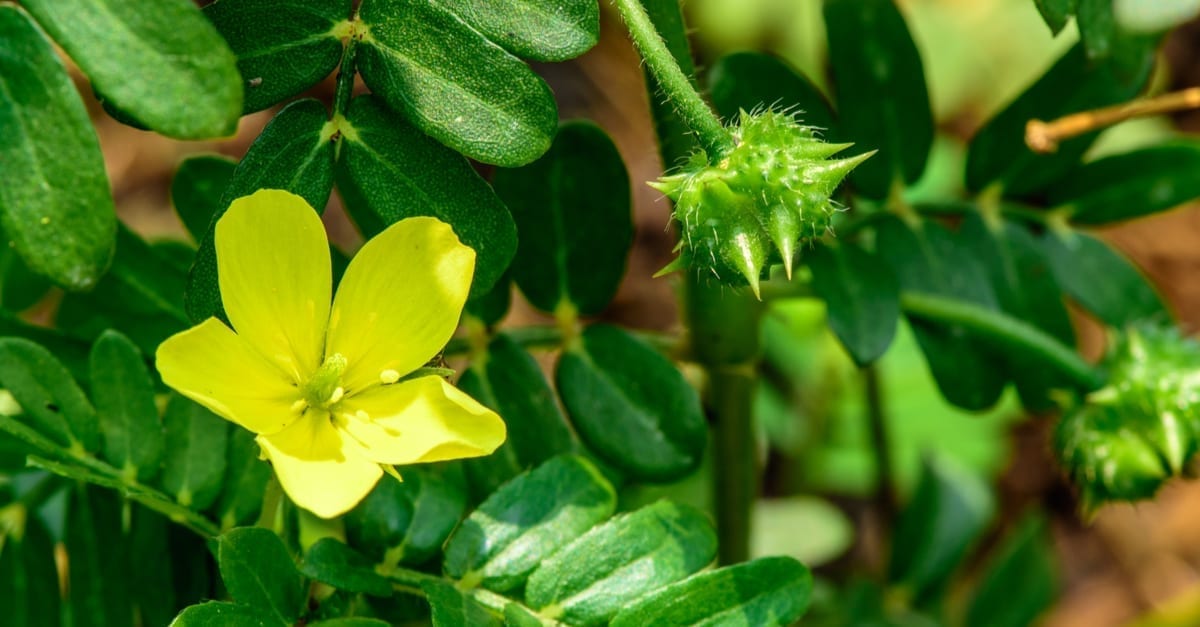 Goathead is native to the Southern Europe and Mediterranean region. It’s been distributed over much of the world, however, likely through imported livestock.

In North America, it has been reported in almost every one of the Lower 48 states. It also grows in parts of Canada. The plant is an annual that does well in hot conditions and dry, gravelly soil.

It’s commonly found on roadsides, in fields and pastures and along railroad tracks. It grows in a low, dense mat that spreads rapidly by hairy vines up to three feet or so in length.

It crowds out many native plants. The leaves are also covered with hairs and grow in pairs on opposite sides of the vine stems. Flowers are a quarter-inch or so across and bright yellow.

The problem is the fruit. The tan, hairy fruits split into four nutlets when they mature. Each nutlet bears two long, sharp spines and several shorter thorns. The nutlets look like the heads of goats with their long, protruding pairs of thorns.

When lying on the ground, the goat-like thorns point up, perfectly poised to stab into feet. Each plant can produce up to 5,000 of these agony-producing burrs in a single season.

And each burr that sticks in a shoe, tire, or pet’s fur can be transported to another location and create a new infestation. Not surprisingly, many states classify goathead as a noxious weed.

A few small cities in the Pacific Northwest have offered bounties to people who bring in garbage bags full of uprooted plants. Wherever it’s found, goathead has a poor reputation.

Here are some of the other common names it has around the world:

Just considering the meaning of these names gives you a good idea of how well-regarded goathead is.

How to Get Rid of Goathead 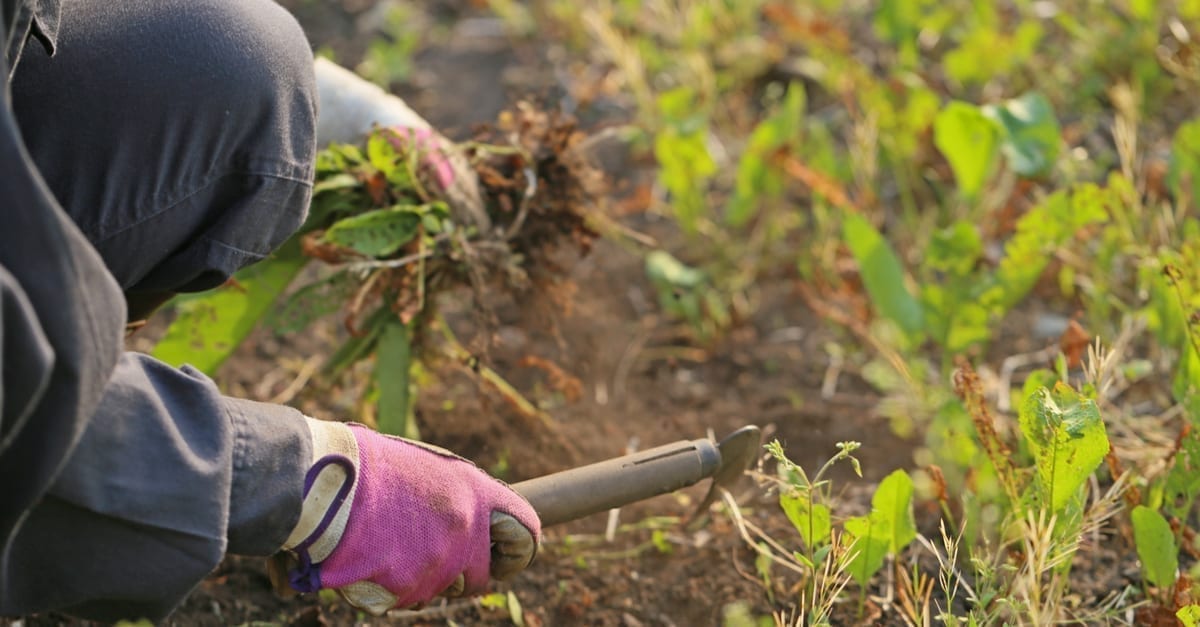 Goathead is very difficult to eradicate from a landscape. The main problem is that the seed pods can remain capable of germinating for up to seven years. To get rid of goathead requires a long-term effort.

It also may require the willingness to use chemical pesticides as well as manual removal and other techniques. It’s best to avoid getting goathead into a landscape.

If goathead grows in your area, try not to track it in on shoes or clothing. This can be easier said than done, however. Goathead burrs can be transported to your property on the tires of delivery trucks or other vehicles.

If you see goathead growing, take steps to get rid of it before it goes to seed. Remember: The seeds remain fertile for several years. Mowing won’t work, however, since the plant grows flat against the ground.

Manually pulling up the weeds can be useful, but gardeners have to be sure to get the root. Some gardeners use hoes, weed diggers, claw hammers, and even pliers to get goathead up without risking injury from the thorns.

Lawn Jaws is often mentioned as a useful goathead pulling tool. After removing the plants, it’s necessary to pick up as many thorns as possible. This can be done by sweeping or vacuuming.

Some goathead eradicators recommend dragging an old sheet or piece of carpet over the ground to pick up burrs. Others say walking over the ground with flip-flop sandals will get the burrs up.

Unfortunately, it’s challenging to get all the roots and burrs. So goathead may come back the next season or even years later. It may be necessary to remove and sweep again. And perhaps again. 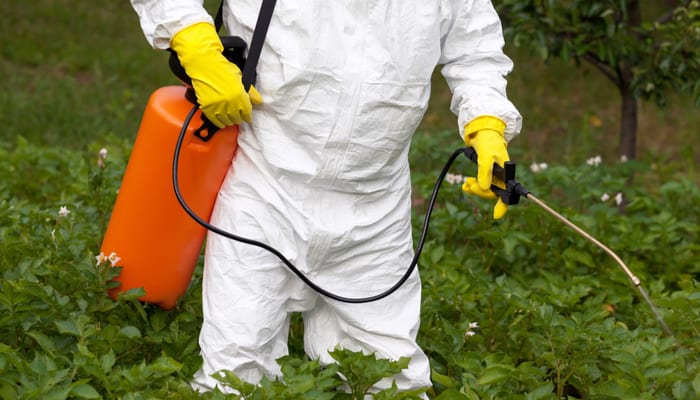 Many gardeners use chemical poisons to kill goathead. However, even modern pesticides have to be used just right to get rid of this weed.

Use pesticide containing oryzalin or trifluralin in the late winter and early spring. Applying these pre-emergent herbicides before weeds sprout prevents the plants from getting started.

After the plants are sprouted, pesticides containing glyphosate or dicamba will kill the actively growing goathead. Note that Round Up, which contains glyphosate, has been identified as a probable carcinogen in some studies.

BurnOut is a weed killer made from natural ingredients that some have reported works well on goathead. It’s a broad-spectrum pesticide that will kill nearly any weed or grass.

After the weeds are dead, it’s crucial to remove them and clean up any thorns. These pesticides will probably kill some but all the goathead. As with manual removal, it may have to be repeated more than once.

If you have a sizable area infested with goathead, you may want to consider literally burning them out. A propane torch doesn’t pollute the environment. It is less labor-intensive than manually pulling.

And it will kill both leaves and seeds. On the downside, igniting a weedy area with a flaming torch means risking an accidental burn. There’s also the chance of wildfire.

Check with your local fire department to see if you need a permit. Also, the torch kills everything, burning all plant life down to the dirt when appropriately used.

And still, it may not eradicate the goathead’s roots. If you decide to go this route, consider the Red Dragon VT 2-23 C Weed Dragon. This is the most highly rated propane weed torch. 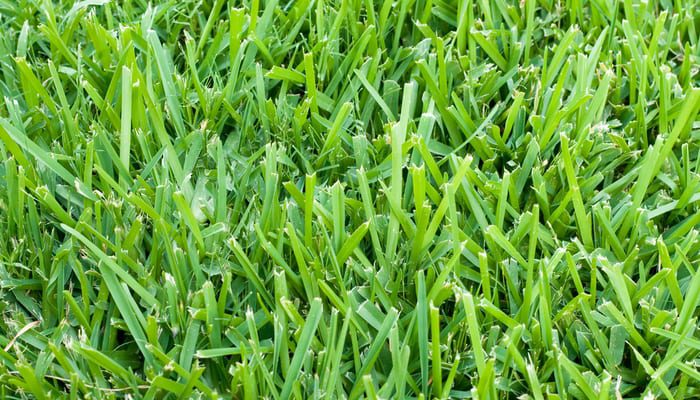 One all-natural way to handle goathead infestations is by planting native species that will out-compete it. Broadleaf grasses such as St. Augustine can choke out goathead without the need for pesticides or hard labor.

Goats are also said to be happy to snack on goathead. They will chew plants to the ground but won’t usually get the roots or the spiky thorns. So goathead is likely to come back again next year.

Desert iguanas, which are native to the American Southwest, may also help. These lizards eat the flowers of goathead. That keeps the fruit and, therefore, burrs from forming.

Finally, certain weevils feed off goathead. The female weevils bore holes in the goathead seeds and lay eggs inside. The weevil larvae eat the seed contents, preventing them from germinating.

You can purchase microlarinus lareyni weevils online. With luck, you can introduce them into your goathead patch, and nature will take care of it.

It can take a few growing seasons for weevils to have much impact. And they are unlikely to eradicate goathead, although they can help manage it completely.

Also, the infertile burrs will still be lying around for you to step on. But this biological approach is one more tool in the battle against goathead.

The Easy Way – Call a Pro 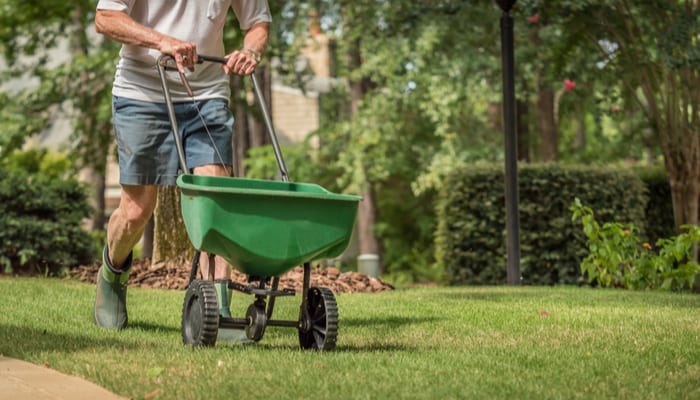 Want a better way to get rid of Goathead? Calling a professional lawncare company is the most effective method. After all, they have the chemicals, experience, and knowledge to rid your lawn of this pest.

Simply enter your information into the form below and you’ll be connected with at least one local lawncare company. Even better? They can give you a free quote for treatment. There’s no reason not to try it out!

How Will You Get Rid of Goathead?

Goathead is a worthy opponent for even the most determined and resourceful gardener. But its burrs are so painful and destructive that the opportunity to eradicate is worth a lot of effort.

Fortunately for you, we’ve highlighted the best ways to get rid of it. If you’ve ever encountered this common weed, let us know in the comment section below!