If you’re curious about crawl space insulation, then you’re in the right place. We’ll cover what it is, how to install it, and how much it can reduce your home energy costs. Read on to learn all you need to know.

What Is Crawl Space Insulation? 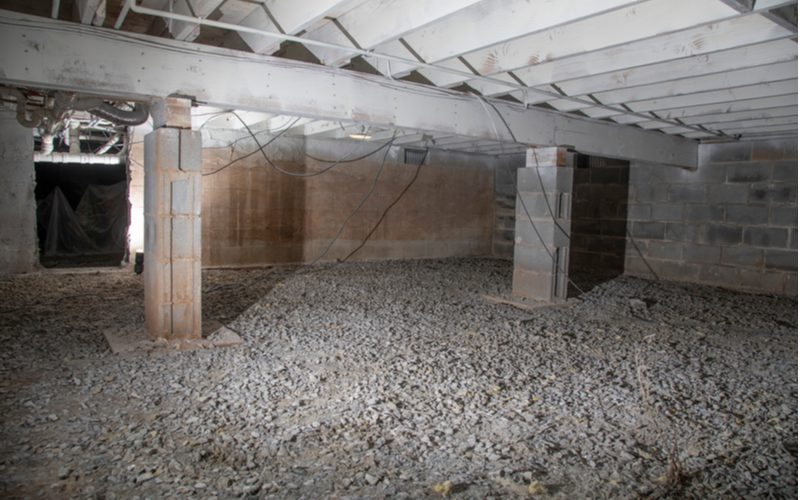 There are a few basic concepts you should understand about crawl space insulation. We’ll dig into the nitty-gritty details, but let’s first get an overview of what you need to know.

With that out of the way, let’s cover everything that you need to know about insulating your crawl spaces.

Even though you don’t hang out in a crawl space, insulating the space affects the comfort of the rooms above. It’s just as important as insulating and sealing other rooms of your house.

Crawl space insulation prevents warm air from escaping in the winter and entering in the summer. And when installed correctly, it will lower your home’s energy cost. But because crawl spaces can be challenging to access, people tend to get lazy about insulating and maintaining them.

As a result, their home energy costs are much higher than they have to be. But if you’re reading this, then you are probably ready to get the job done. So let’s dig into the benefits of crawlspace insulation, the price, and whether or not it’s worth the investment.

Spoiler alert: It is.

You use energy for many things in your house, including lights, technology, and other equipment. But it turns out that maintaining the temperature in your home is what uses the most energy.

According to the U.S. Energy Information Administration, 51% of a household’s energy consumption comes from space heating and air conditioning. While this varies by location, it means ignoring insulation will have a disproportionate effect on your energy bills.

And the estimation by the Environmental Protection Agency is that, on average, a house can reduce its heating and cooling cost by 15% when it’s properly insulated and sealed. A 15% savings throughout the long run is no joke. And if you are in a location with a more extreme climate — cold winters and hot summers — energy savings can be even more.

How Does Insulation Work?

If you want to understand how insulation works, you need to know some of the science behind heat flow. Heat energy always flows from warm spaces to cool spaces. The flow continues until the temperature of both spaces is the same, also called equilibrium.

Heat energy transfers through three different mechanisms: conduction, convection, and radiation. Conduction and convection are the most important for insulation.

If your house has a crawl space foundation, you should be aware of its insulation status. Several signs tell you whether you need to act and install insulation — if you don’t already know.

The following symptoms might be the result of your crawl space not being insulated enough:

If you notice any of these signs, it’s worth having your crawl spaces checked. The impact on your home energy costs is probably much more than you think!

Determining which type of crawl space you are dealing with, ventilated vs. unventilated, is essential for deciding how you should go about insulating the space. Air from the rest of the house circulates through the entire home with ventilated crawl spaces. This ventilation prevents the buildup of moisture and water damage.

In this situation, you can use inexpensive fiberglass insulation, which you install between the floor joists in the crawl space. In an unventilated crawl space, however, you want to insulate the walls instead. And if the floor is dirt, be sure to put a vapor retarder on the ground. This barrier prevents the flow of moisture.

The R-value of insulation, short for resistance value, is a measurement that tells you how effective a particular material is at insulating. The type of material, the thickness, and the density all affect the R-value.

Higher R-values mean insulation is better at preventing heat flow, and which R-value is right for you depends on your climate. The right R-value also depends on where in the house the insulation is installed. 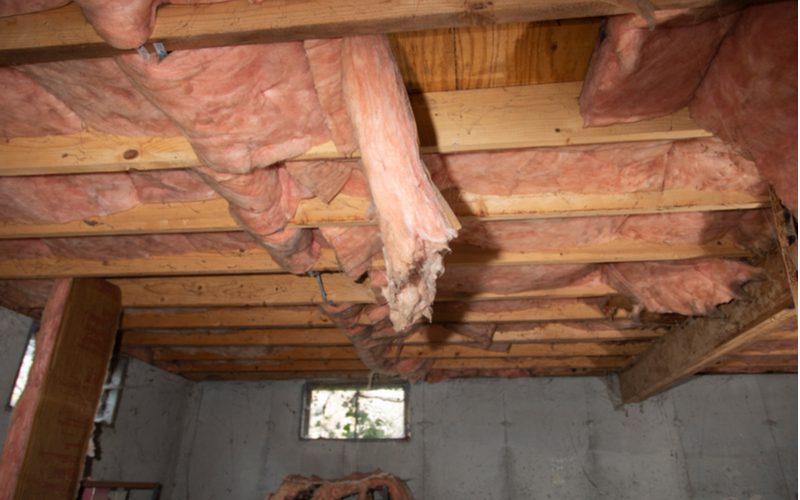 Since you made it this far, it’s worth your time to read through the most commonly asked questions people have about crawl space insulation. Combined with the information above, you’ll be prepared to take this next step to improve your home.

What Kind of Insulation Should I Use in My Crawl Space?

Although it’s still used today, the older way of insulating crawl spaces involves putting fiberglass insulation between the exposed joists. But even though fiberglass does insulate, it has various downsides, such as absorbing moisture, promoting mold growth, and becoming a home for rats, mice, and other pests.

Fiberglass is cheaper, but the best insulation for your crawl space is most likely foam insulation boards. Instead of installing the foam boards between the floor joists, they are placed directly against the crawl space walls.

If you can afford the extra cost, foam boards are worth the money. Foam boards don’t absorb moisture and, when installed correctly, prevent airflow.

Is Insulating a Crawl Space Worth It?

Besides the annoying fact of cold floors and drafts, there is another reason insulating your crawl space is worth it: money.

Even though you might not realize it, under-insulated crawl spaces lose hot or cool air easily. This leaking of air means your home heating or air conditioning is working harder than it should. But when you prevent that airflow with proper insulation, you can end up saving big on your energy costs.

The EPA estimates that, on average, a U.S. household saves 15% on its heating and cooling costs when it’s properly insulated. So while insulating your crawl spaces might be a significant upfront cost, you end up saving money in the long run.

What’s the Best Way to Insulate a Crawl Space with a Dirt Floor?

After installing the polyethylene vapor retarder (including sealing the seams), you secure it (and protect it) by covering it with sand or concrete. But because polyethylene is a delicate material, you should be careful with whatever you decide to put on top.

How Do You Insulate a Crawl Space Under a House?

How you insulate the crawl space under your house depends on a few factors. Is it a ventilated or unventilated crawl space? Is there a dirt floor in your crawl space? In what type of climate do you live?

Answering those specific questions narrows down exactly what type of insulation you should buy and the installation process. But in general, you want to first cover the dirt ground to prevent moisture from passing through. Then you should either insulate the floor if it’s a ventilated crawl space or the walls if it’s an unventilated space.

While fiberglass is a less expensive option and easier to work with for a homeowner, foam boards are a much more efficient form of insulation. If you don’t feel confident, it might be worth hiring a professional to find the best solution for your specific crawl space.

Crawl spaces are small, tucked away, and awkward to access. Because of this, people often ignore insulating and properly maintaining their crawl spaces.

Crawl space insulation will decrease your heat loss in the winter and your heat gain in the summer. With this reduced airflow, you will lower your energy bills, increase the life of your HVAC systems, and have peace of mind knowing moisture is not getting into your home.