It’s no secret that Hawaii is one of the most beautiful places on Earth. With millions of visitors annually, more and more people are loving the Hawaiian lifestyle and are ready to pack their bags to start a new life on one of the beautiful islands.

Hawaii is known for having a very high cost of living, but if your heart is set on moving to Hawaii, looking for towns that are considered cheaper is a great way to make your dream of moving possible.

We’ve rounded up the most affordable places to live in Hawaii, but remember that it’s still a pretty expensive state to live in.

Why Live in Hawaii

Why should you consider living in Hawaii? There are dozens of reasons, like the beautiful white sand beaches, the surfing, national parks, delicious food, and laid back lifestyle.

If you’re looking for places in Hawaii that offer those characteristics without draining your bank account, these are the places you’ll want to look at:

The 7 Cheapest Places to Live in Hawaii

Hawaii is the dream place to live for some people, but the islands are expensive. These are the seven cheapest places to live in Hawaii. 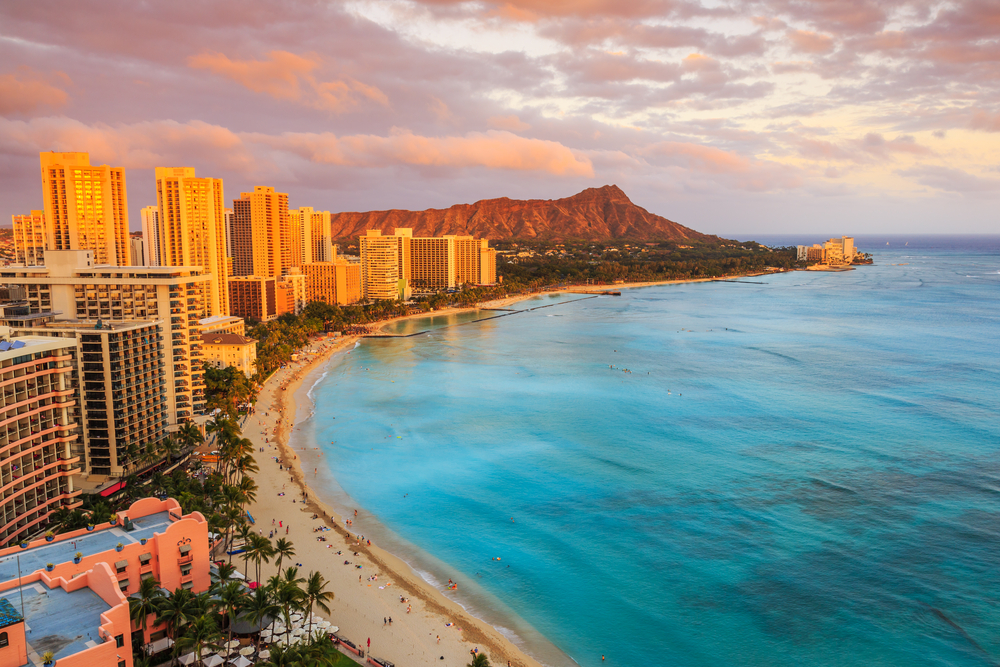 Located on the beautiful island of Oahu is Hawaii’s capital, Honolulu. You may wonder how Honolulu was deemed one of the cheapest places to live in Hawaii.

It’s not necessarily cheap to live there, but when you compare the median house value of other areas that are in the millions, the median home value in Honolulu is $861,332. Honolulu has more than enough things to do to keep you happy and healthy when you move to Hawaii.

Some of the main draws to living in Honolulu include being close to Hawaii’s largest airport, the melting pot of ethnicities, and great schools for those who are moving with kids or planning on having them. 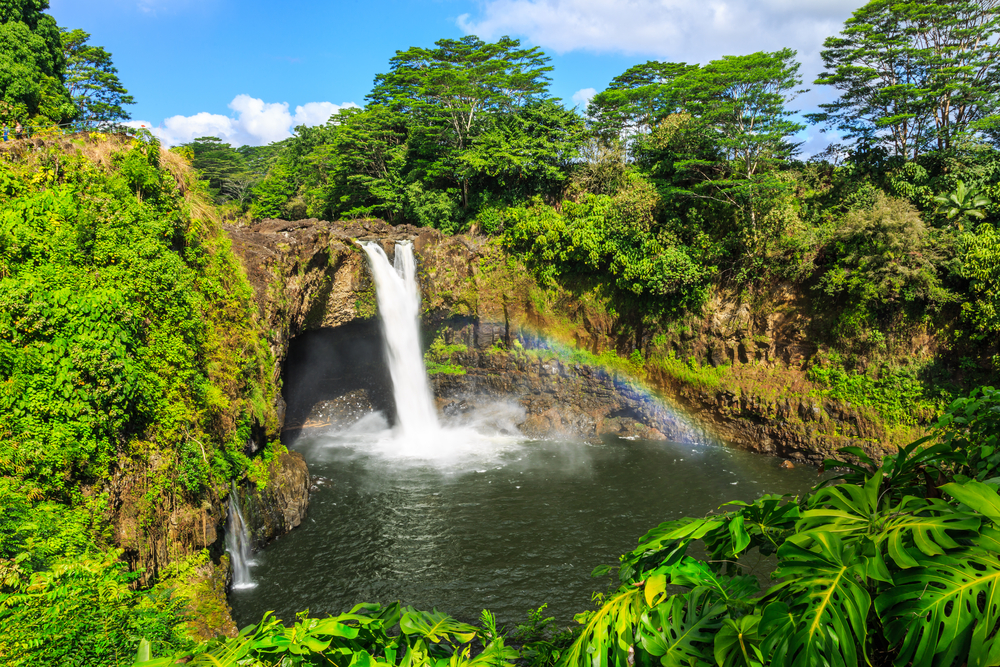 Most people don’t know about Hilo because most people who visit Hawaii head straight for Honolulu, but Hilo is one of the most affordable and beautiful areas on the Island of Hawaii.

This Hawaiian town is perfect for those who want to live in Hawaii and visit the beaches but also see all the other natural beauty of the state.

Hilo is mainly famous for Wailuku River State Park with its waterfalls like Rainbow Falls and its proximity to Hawaii Volcanoes National Park. Other fun things you can do when you move to Hilo visit the Astronomy Center, the Kaumana Caves, and visit the local markets.

There are a good amount of job opportunities here, but you’ll have to search for them, and most are in the tourism industry. The average home cost in Hilo, Hawaii, is $551,008. 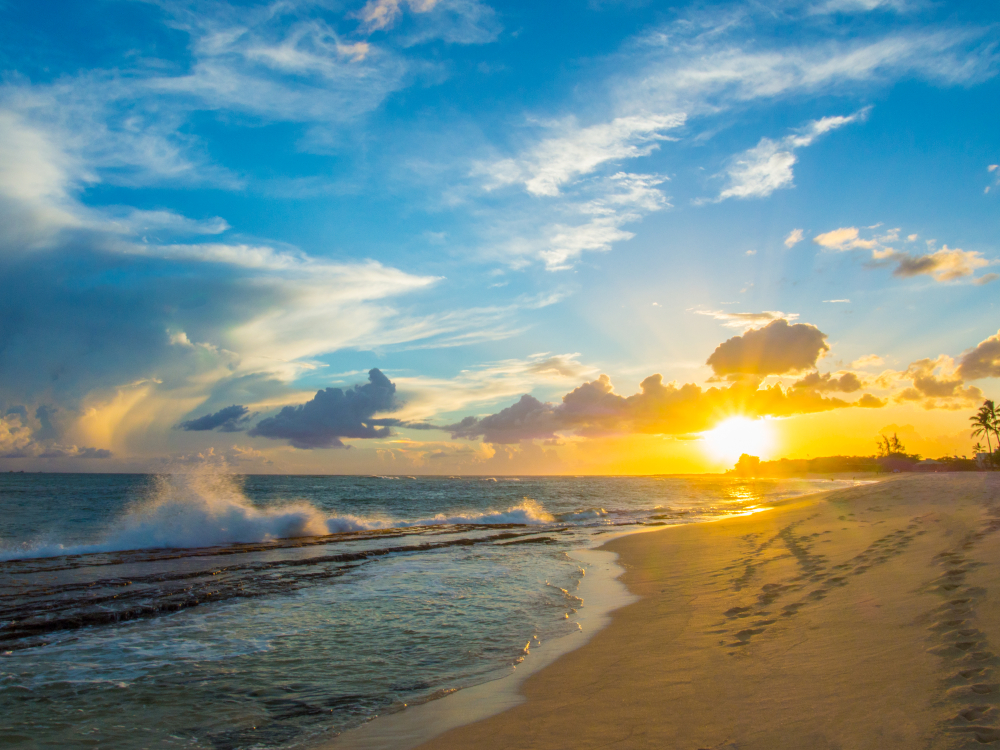 Ewa Beach is a good and relatively affordable option if you’re interested in moving to Hawaii and want to be near Honolulu. Ewa Beach is to the west of the capital city, which is a huge draw because you can take advantage of all the features Honolulu offers without having to move there.

Ewa Beach is a pretty small town with less than 15,000 people, which is perfect for those who prefer a smaller community. The most notable feature of Ewa Beach is its beach. You’ll constantly find people lounging on the sand and surfing.

Besides the beach, there are several golf courses in the area, and job opportunities are abundant because you can work in Ewa Beach and travel to Honolulu for positions if you need to. The median cost of owning a home in Ewa Beach is $889,712. 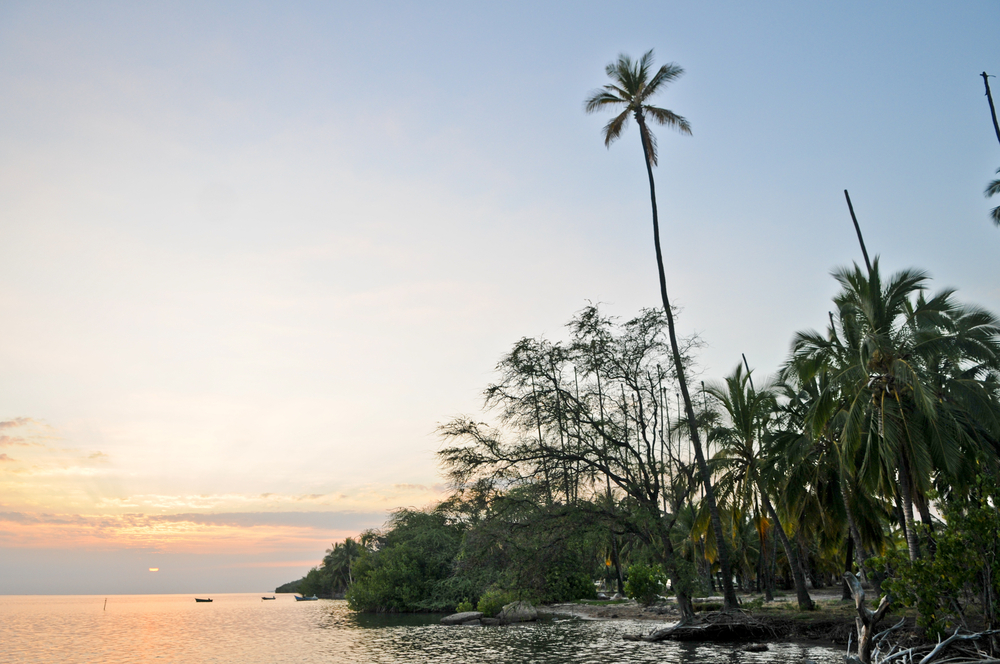 On the small island of Molokai is the tiny town of Kaunakakai. This is a small coastal town with only 3,400 people as of 2020. As small as the population, it’s the largest town on the island.

The two things that make Kaunakakai famous are its large port and the longest pier in the state of Hawaii. When moving to Kaunakakai, the main things that residents love to do are visit the beaches, snorkel, and participate in other water activities.

If you’re thinking about moving to this Hawaiian town, it’s much more laid-back than the already laid-back nature of the state.

The job opportunities in the town are minimal compared to other cities in Hawaii, but the home prices are substantially lower here. The average home price in Kaunakakai is $440,972. 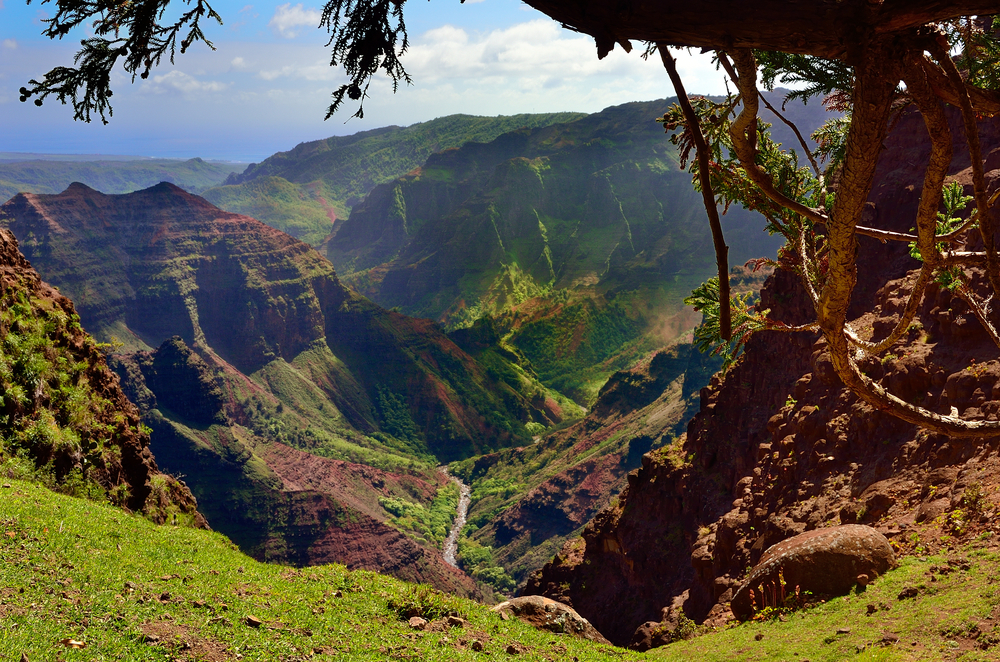 Waimea is another smaller Hawaiian town worth looking into when looking for cheap places to live in Hawaii. It’s the perfect place to live when you want to take advantage of all the small-town charm and live in a peaceful area.

The town has several ranches and isn’t far from many beautiful beaches. This town is more inland, giving off a different atmosphere than other popular Hawaiian towns and cities. Its ranches are the most notable feature because they’re associated with cowboys and horses.

The Paniolo Heritage Center is a popular spot for locals. Job opportunities are minimal here, but that doesn’t mean you shouldn’t consider moving to Waimea if you want to move to Hawaii. If you’re looking to buy in Waimea, the average home value is $869,045. 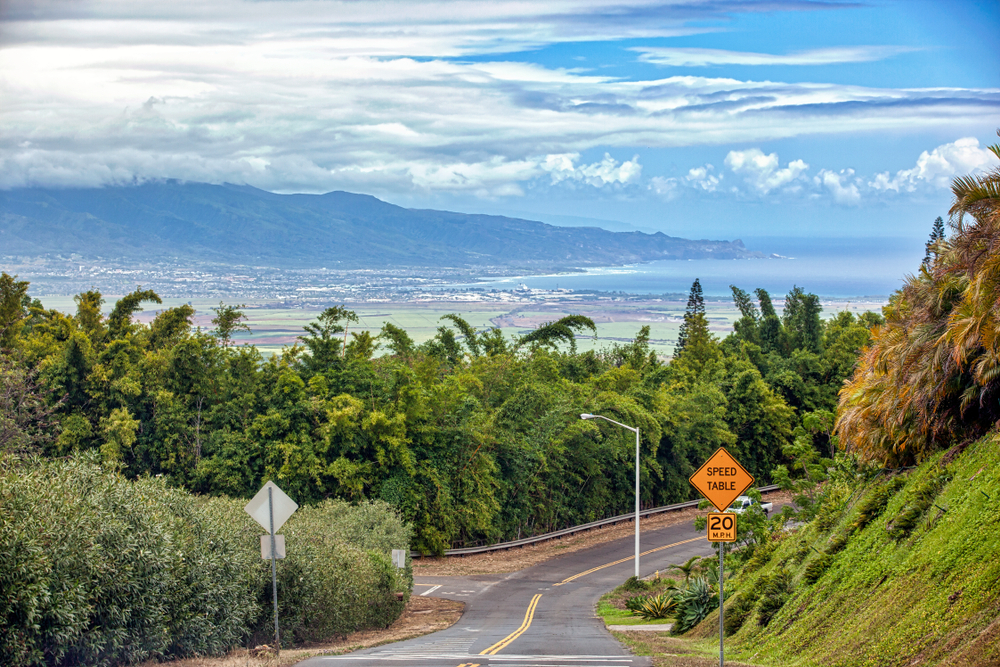 Kahului is one of the most beautiful cities in Maui. It’s on the island’s north coast and has many reasons why you might want to move there. The town is situated on the coast, so you can take advantage of world-famous beaches whenever you want.

Other notable features of Kahului include the excellent golf courses, the Maui Nui Botanical Gardens, and the state parks that are perfect for hanging out with friends and family or on your own.

As one of the larger cities on our cheapest places to live in Hawaii list, you’ll find many job opportunities here regardless of your industry. While more expensive than others on our list, the median home value in Kahului is $1,023,226. 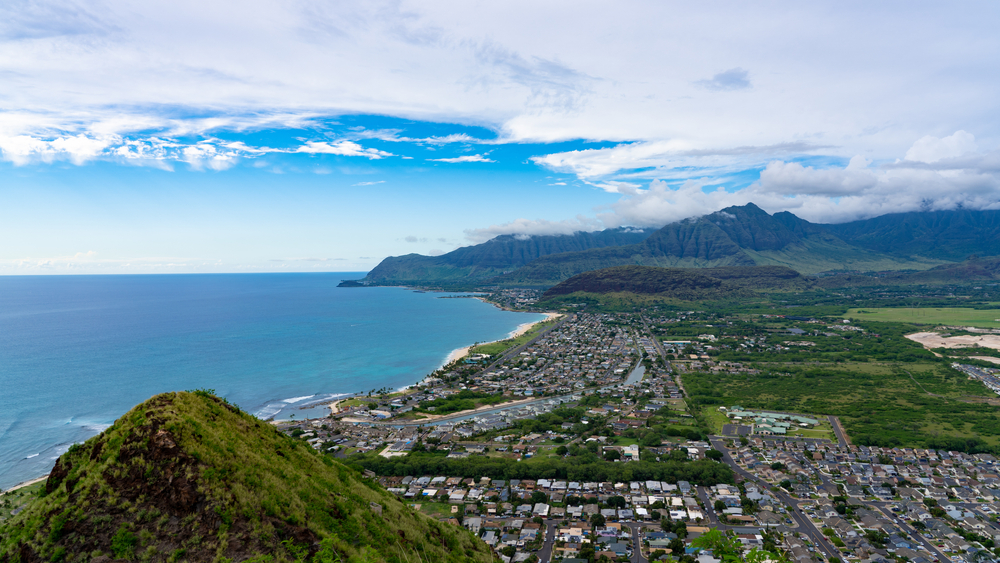 On the island of Oahu is Waianae, another cheap place to live in Hawaii. It’s in Honolulu County, but it’s far enough removed from the tourist areas and only has a population of a little over 13,0000.

Some main things to do in Waianae are spending time at the beaches, learning to surf, and walking through the state parks surrounding the entire town. Waianae is a great town to move to when you want that combination of suburban and beach life.

There are excellent schools and job opportunities, and the location is perfect for making day trips throughout the island of Oahu. The median home value in Waianae is $653,269.

Moving to Hawaii sounds like a wonderful idea in theory, but if you want to make your dream come true, there are a few things you’ll want to consider before moving to the Aloha State.

The main thing people don’t always think about is how high the cost of living is in Hawaii. It’s much higher than the continental United States, and you’ll want to ensure you can afford to live there, even in the cheapest cities.

The Traffic Is Intense

Depending on where you move to, traffic can and will be brutal at certain times of the day. Honolulu is known for having miserable traffic patterns, but the smaller towns don’t see as much of this. It can be frustrating, but as long as you’re aware of it and can plan accordingly, it’s a small price to pay to live in paradise.

If you’re moving your furry friend with you, be prepared that you can’t just bring them to Hawaii. They will require government quarantining to prevent diseases and proof of all vet records before they can go home with you.

Hawaii is a beautiful place with an extensive history and culture that needs to be respected. Even if you’re planning to make Hawaii your permanent residence, learning and respecting the local culture will make your move ten times easier. You’ll likely make more friends than if you choose to ignore Hawaiian customs.

Even if you aren’t going to the beach daily, the sun can be brutal in Hawaii, so wearing sunscreen is important. Remember, many sunscreens are illegal in Hawaii because they harm coral reefs. You’ll need to look for sunscreen without oxybenzone and octinoxate. 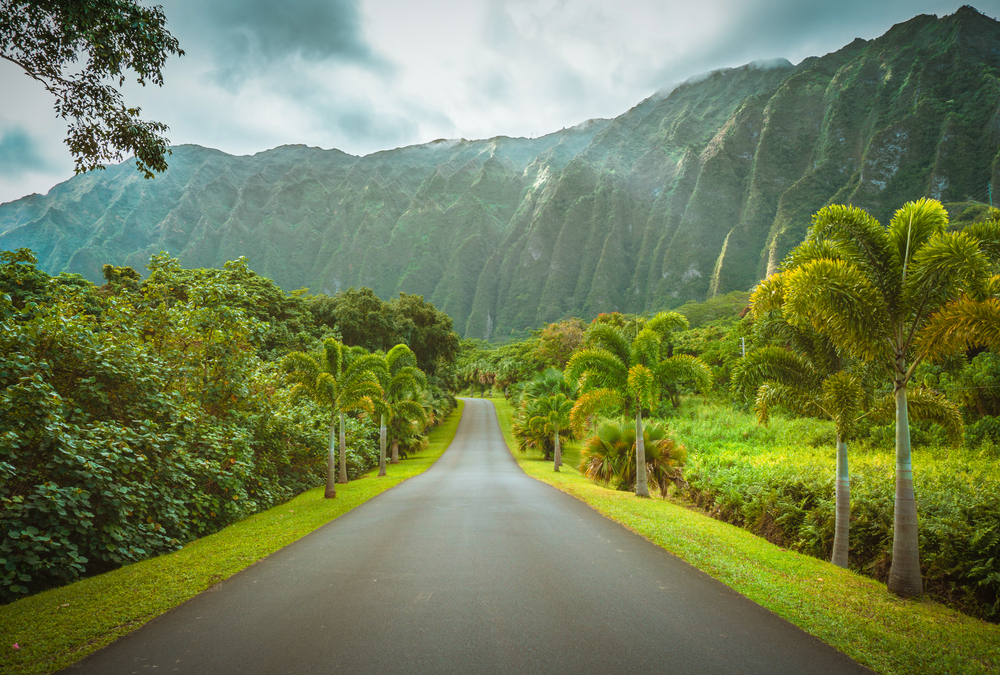 Are you finding yourself still with questions about moving to Hawaii? Here are some frequently asked questions other potential Hawaii residents are asking.

Is moving to Hawaii a good idea?

It depends on your situation, but yes! Moving to Hawaii can be a good idea if you’ve locked down a place to live and a job. The islands can be costly, even in the cheapest cities, so moving is a good idea as long as you plan accordingly.

What is the cheapest Hawaiian island to live on?

Generally, the Island of Hawaii, or the Big Island, is the most affordable island to live on, but it can still be pricier than other states.

What is the safest island to live on?

The safest island to live on is Kauai. This island has the lowest number of violent crimes in the state. Hawaii is generally a pretty safe state to live in, but if you’re basing your move on low violent crime rates, Kauai is at the top.

How many islands does Hawaii have?

There are over 100 islands that make up the entire Hawaiian archipelago, but only eight of those are considered the main islands. Of the eight, only seven are inhabited by humans.

What island can you not visit?

The forbidden island, or Niihau, is an island that is banned from outsiders. Only people in the Robinson family, guests they invite, and the United States Navy are permitted on the island.

So, What Are the Cheapest Places to Live in Hawaii?

Hawaii is one of the most sought-after places to live, thanks to the welcoming locals, beautiful beaches, stunning national parks, and more. If you’re considering moving to Hawaii, you’ll want to look into more affordable cities, so your move is worth it.

Whether you want to live in a more populated area or some quiet place, some of the cheapest places are Honolulu, Hilo, and the rest of the fantastic places on our list. Check them out for yourself and see which one feels like home!