Florida is home to over 21 million people, and more people than ever are moving to the Sunshine State each year. In 2021, more than 300,000 people began calling Florida their home.

It’s no secret that the cost of living has been rising throughout the United States, especially in Florida. As one of the most moved-to states in the country, house prices and other bills are getting higher.

If it’s been your dream to pack up and move to the Sunshine State but aren’t willing to throw away your life savings to do so, there are still some cheap places to live in Florida. The best part is that many of the most affordable areas are still in fun areas and have plenty of jobs and things to do.

Why Live in Florida

There are plenty of reasons why Florida is a place you want to move to. There are beaches, museums, great restaurants, and outdoor activities to partake in. Most people move to Florida to spend time at the beach, boating, and enjoying the warm weather that lasts almost all year.

Florida is also famous for its world-champion golf courses that most people dream of playing on. Whether you live in an expensive or cheap place in Florida, there are plenty of things to do.

If you want to live in the most affordable Florida cities but still have fun things to do, here are the best options:

The 7 Cheapest Places to Live in Florida

The Sunshine State isn’t without affordable places to live. Without further ado, here are the seven cheapest places to live in Florida. 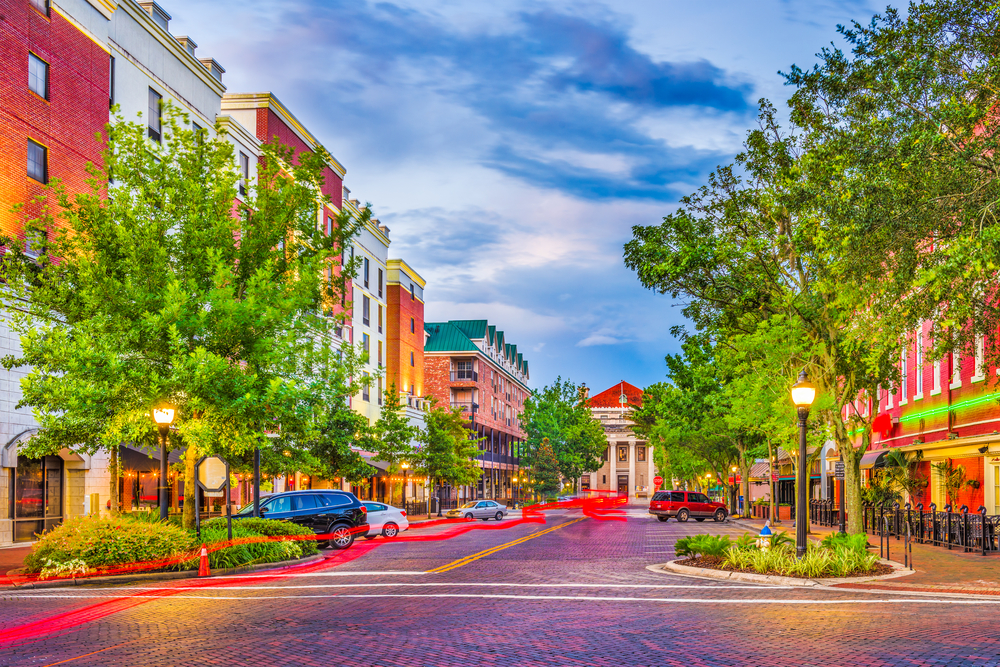 You’ll find delicious restaurants, shopping opportunities, and museums throughout the town. One of the most famous in the city is the Florida Museum of Natural History. Residents love touring the Butterfly Rainforest with thousands of free-roaming butterflies and the markets in the city’s neighborhoods.

For those who love spending time outdoors, you’ll love the abundance of city and state parks that are within reach of the city. As of 2022, the median home price in Gainesville is $291,168. 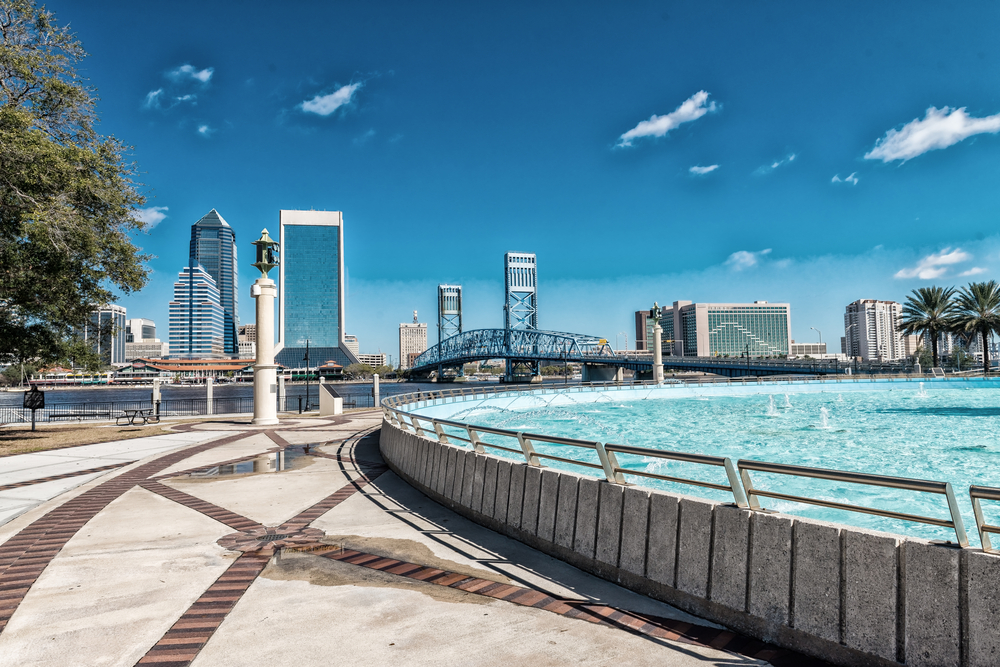 You’re probably surprised to see the most significant metropolitan city in Florida on the list of the cheapest places to live in the state, but Jacksonville is pretty reasonably priced.

This sprawling city has all the charm of a large city and suburban areas that families will love. It’s even close to several Atlantic Ocean beaches.

There are excellent schools for families, fantastic job opportunities, and plenty of things to do and see to keep you occupied when you’re not working or in school. Some notable things to do here include the Jacksonville Zoo and Gardens, Little Talbot Island State Park, and their amazing museums.

Another thing people love about living in this city is the proximity to other places. You’re only three hours from Tampa and right near the Georgia border. The median price for a home in Jacksonville is $313,928. 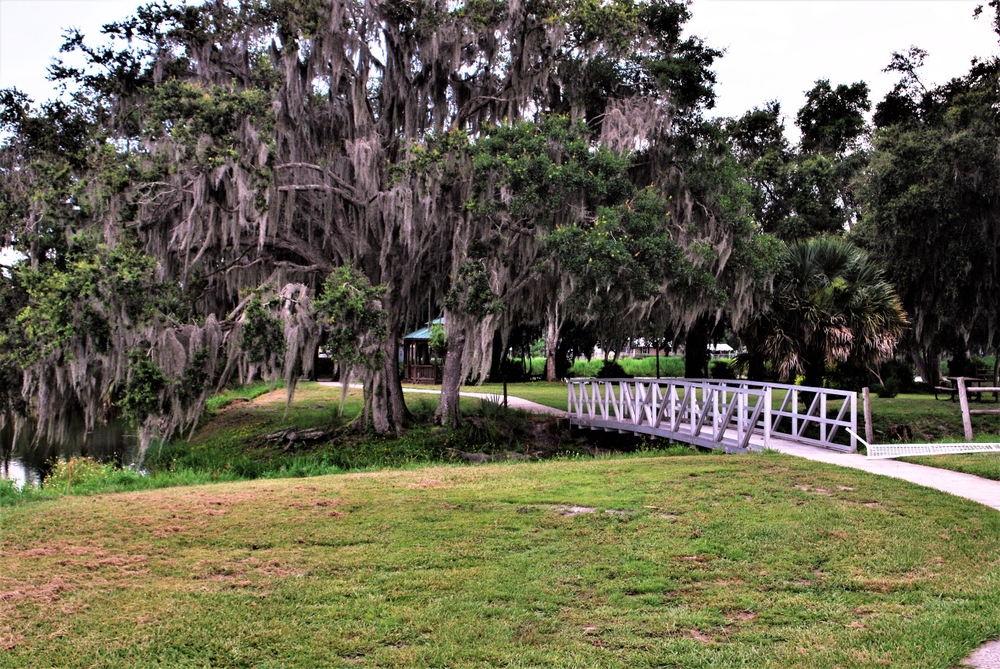 Fort Meade is an excellent option for those looking for a quieter place to live in Florida without breaking the bank. It’s the oldest city in its county, and it’s only an hour from Tampa and an hour and a half from Orlando.

The population is relatively small, so you’ll be able to get to know your neighbors well. Many of the buildings throughout Fort Meade are historic, so you’ll love learning about the history of the town that is now your home.

Some of the most popular things to do in Fort Meade include visiting the historical society, spending time in Patterson Park, and catching shows at the Polk Theater. If you’re considering moving to Fort Meade, the median home price is $226,289. 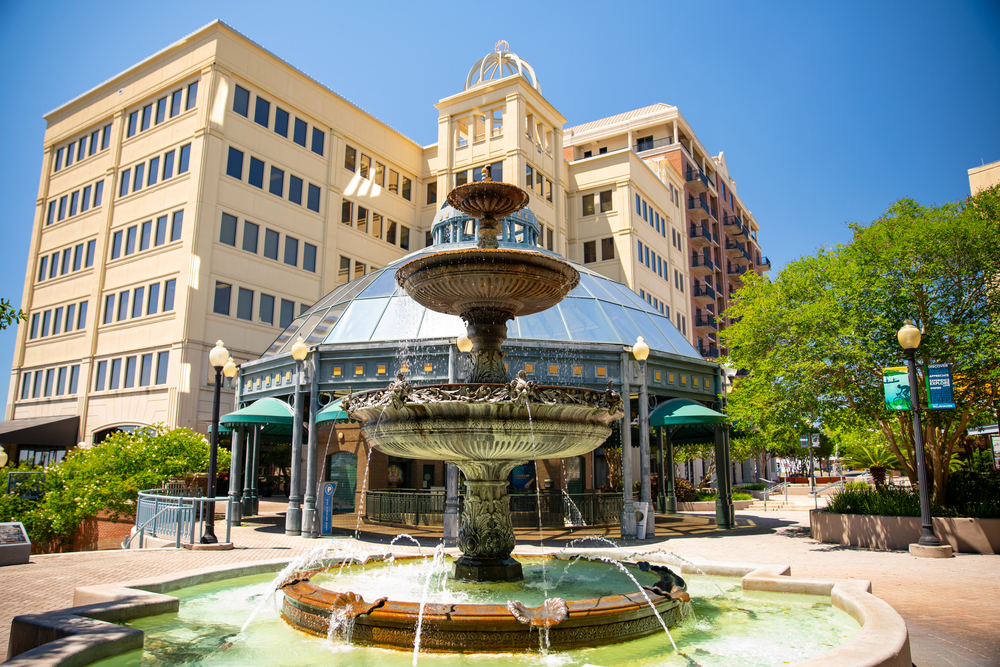 The capital of Florida is surprisingly a cheap city to live in. Tallahassee is in the Panhandle of Florida, so if you enjoy spending time in Alabama or Georgia, you’ll be closer to the borders. Besides being famous for being the capital, it’s home to Florida State University.

Some of the most notable things in Tallahassee that you can do are tour the state capital, catch a Florida State University sporting event, spend time at the numerous parks, and tour the Tallahassee Museum.

Something people love about this Florida city is that while it’s a heavily populated city, it’s not as metropolitan as others. There are plenty of suburbs that people will love and great schools if you’re moving with your family. This capital city’s median home price is $270,663. 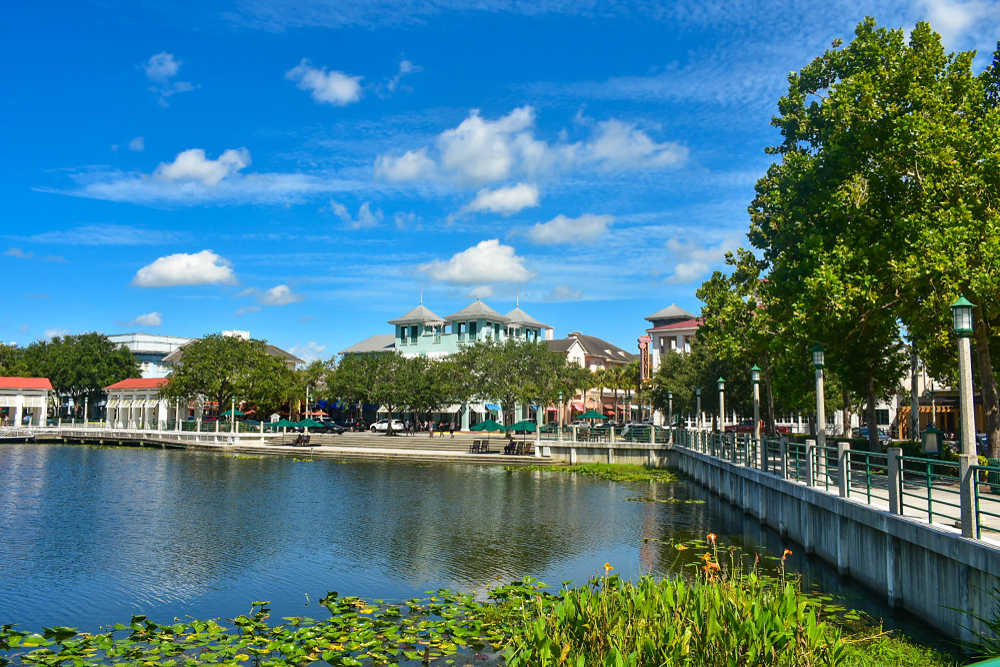 Just outside of Orlando in Kissimmee, Florida. This is the ideal place to live when you want to be near Orlando and everything the city offers without moving into Orlando and dealing with the traffic.

This town is filled with suburbs, excellent schools, and plenty of shopping and dining options. Several aquatic water zones make cooling off from the Florida sun easy, such as parks and job opportunities like no other.

Kissimmee Lakefront Park is one of the top parks in the area and where many people spend time. Kissimmee offers plenty of attractions similar to Orlando.

But the best part is you’re only 30 minutes away without traffic from the world’s theme park capital. If you plan on having kids or are moving with them, Kissimmee is a great choice. The average home price in Kissimmee, Florida, is $387,526. 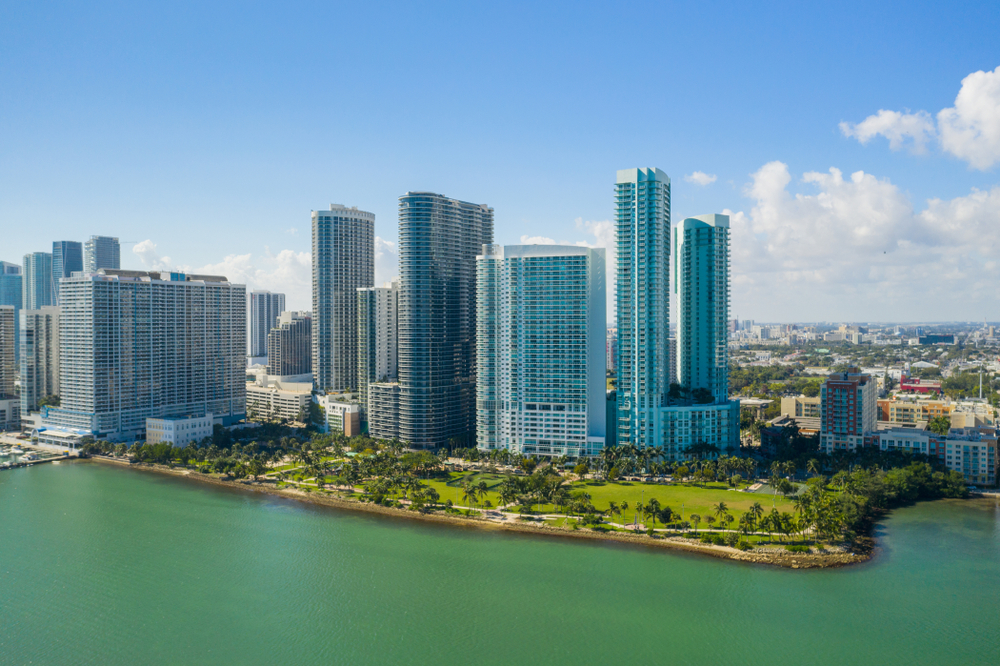 Edgewater, Florida, is nestled on the Atlantic Coast, so if you want to live near the beach without paying millions, this is a great choice. The city of Edgewater is small, with a population of over 20,000, so it’s a great town when you want something more peaceful than a busy city.

This town is less than an hour north of Orlando and about an hour and 45 minutes from Jacksonville. The location is perfect for traveling throughout the state when you want to take a short trip. Many people living in Edgewater love taking day trips to other Florida cities and making it home for dinner.

Some of the best things to do in Edgewater are to visit the stunning beaches, swim with manatees, spend time in Smyrna Dunes Parks, and go zip-lining. Edgewater’s median home price is $316,645. 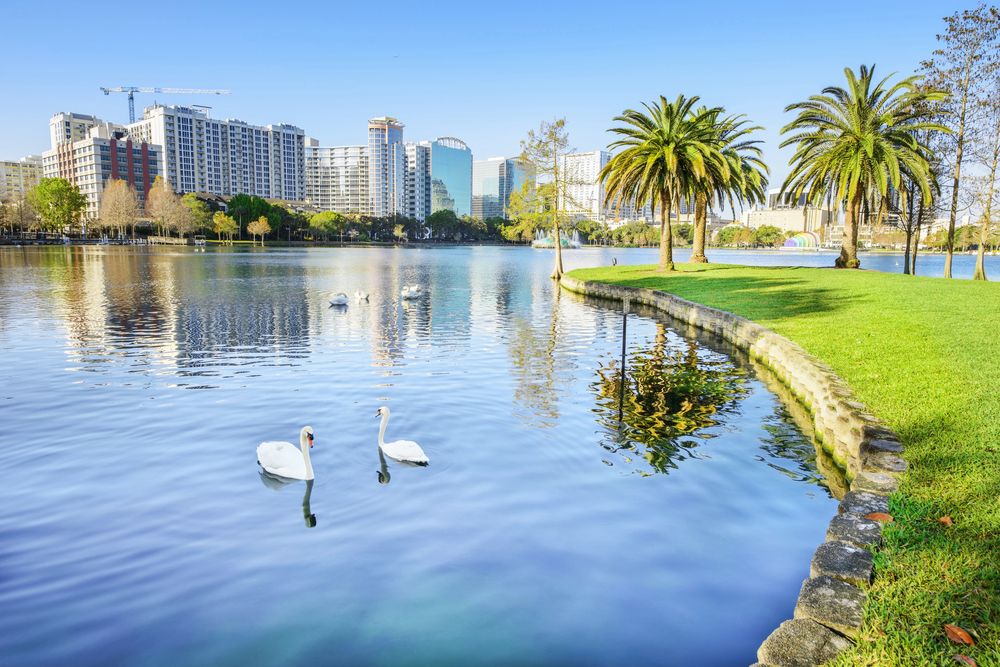 Last but certainly not least, we have Orlando. Most people wouldn’t believe you if you told them the theme park capital of the world is one of the cheapest cities to live in Florida, but it’s true.

This Central Florida city is one of the most visited in the state and is home to over 300,000 residents. There are dozens of neighborhoods to choose to live in when you move to Orlando, and each one has excellent schools and is near fantastic shopping, dining, and fun activities.

You can spend time at any Disney World Parks and Universal Studios easily and can even splurge for season passes as Orlando residents.

Besides the theme parks, other popular things to do in Orlando include spending time downtown, touring the botanical gardens, and enjoying the scenery at many of the city parks. The median home value in Orlando, Florida, is $387,298.

As amazing as it is to start packing your bags and heading to Florida immediately, you should wait a second. Before you pack your things and head to the Sunshine State, here are a few things you’ll want to consider.

Hurricanes are something Floridians and others who live there know all too well. When moving to Florida, you’ll want to be aware of when hurricane season is, what you can do to prepare, and ensure you purchase a structurally sound home. The Atlantic Hurricane Season runs from June 1st through November 30th annually.

Florida is filled with a variety of wildlife you’ll want to know about before moving. There are swamps, woodlands, and the ocean with animals worth noting. Mostly, animals will leave you and your animals alone, but learning wildlife safety is essential, depending on where you’re moving.

Besides hurricanes, Florida is known to have some gnarly weather. The heat, for one, is powerful, and you’ll want to prepare yourself for scorching summers and humid air. Another thing many people don’t warn others who move to Florida is the afternoon showers, almost every day from Spring until Fall.

Unless you’re retiring, you’ll probably need a job when you move. When considering where to move, you’ll want to ensure there are enough job opportunities for you. A cheap place isn’t a cheap place to live without income.

When buying a home, you’ll want to get homeowners insurance. Something to think about before you move to Florida is where you’ll live because insurance can be pricier in some areas, like flood zones. So, even if the town is cheap, insurance costs can make it more expensive. 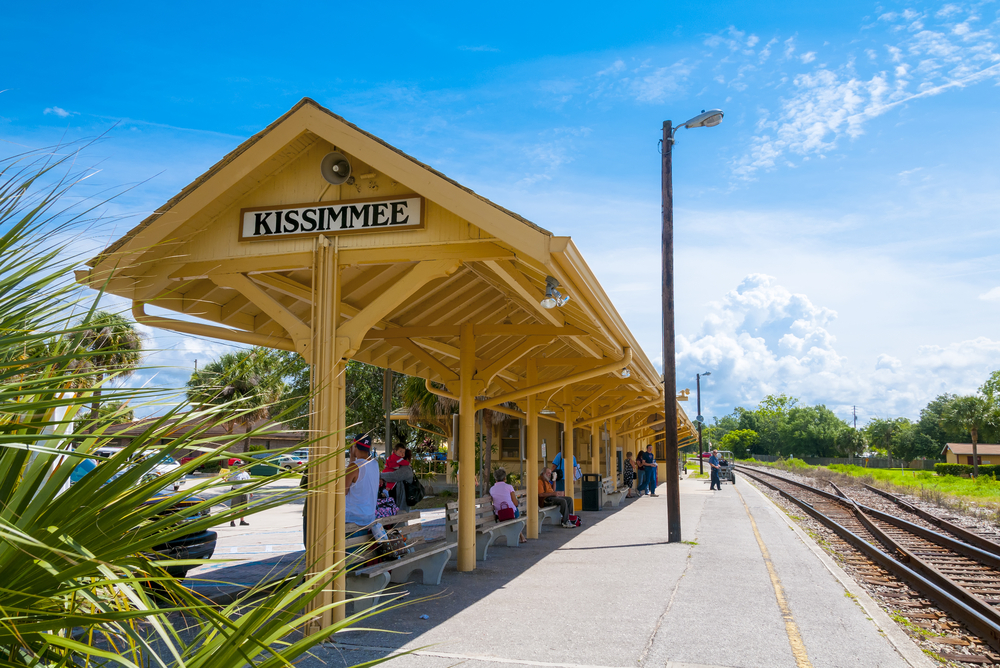 If you still have questions about the cheapest places to live in Florida, here are some frequently asked questions other people are eager to know.

Is Tampa, Florida, cheap to live in?

It depends on your definition of cheap but based on our list, no. The median home value in Tampa is $420,510, which is significantly higher than the seven cities we mentioned above.

What is the cheapest city in South Florida to live in?

South Florida isn’t generally known as a cheap area to live in Florida, but of all the areas, Homestead is considered a cheap South Florida city to live in.

How many people move to Florida annually?

On average, about 300,000 people move to Florida every year.

Should you buy or rent in Florida?

With housing costs on the rise, it’s always advisable to buy rather than rent if you can afford to do so.

Is Miami cheap to live in?

No, Miami is one of the most expensive cities in Florida to live in. You might be able to find cheaper towns in the surrounding area, but the median home value in Miami is $562,174.

So, What Are the Cheapest Places to Live in Florida?

Florida is a beautiful place to live, and even with the rising cost of living, there are still some amazing areas of the state that are cheap to live in. Even major cities like Jacksonville, Orlando, and Tallahassee are considered some of the cheapest cities to live in Florida.

Whether you’re interested in moving to a larger Florida city or something a little smaller, the seven cheapest places to live in Florida will impress you. Which one is your favorite?