Trisodium phosphate (or TSP) is a heavy-duty cleaner often used to prepare surfaces for painting. It is inexpensive and works well for a range of tough cleaning jobs. Read on to learn what it is and whether it’s safe to use when cleaning. What Is Trisodium Phosphate?

Trisodium Phosphate, otherwise known as TSP, is a heavy-duty cleaning solution. It’s highly soluble in water, which produces an alkaline solution. This helps you clean your home, inside and out.

TSP is great for cleaning wood. But it should not be used on metal, tile, and glass.

You will want to take some precautions when applying it. But it’s generally safe and easy to use.

Also, some states restrict its use on environmental grounds. So you can’t buy trisodium phosphate in every store.Keep reading to learn more on this flexible and effective cleanser.

The big advantage of using trisodium phosphate is that it works really well. It’s an inorganic chemical that is highly alkaline. The strong alkalinity breaks down greasy crud better than almost anything.

The reason is simple. Trisodium phosphate cuts through tough grime including grease, smoke, and soot, like no other cleaner. Mixed with bleach, it removes mildew and even mold.

It also helps to remove the shine on high-gloss painted surfaces. This also helps the new paint to stick and stay. Trisodium phosphate is very effective at removing the sludge left behind by paint removers.

It’s also recommended for cleaning up lead paint dust after removing lead paints. Many people use trisodium phosphate for general and household cleaning. It is especially well-suited for cleaning decks and siding.

The cleaner works nicely for walls, floors, woodwork, decks, and siding. It can also clean up concrete drives, patios, sidewalks, and masonry.

TSP is not recommended for use on metal, ceramic tile, grout, or glass. It can stain some of these surfaces and leave a film on others. For this reason, it’s not considered a good bathroom cleaner.

Another limitation is that you should only use it to prepare unfinished surfaces for painting. It should not be used on already painted surfaces unless you expect to repaint afterward. 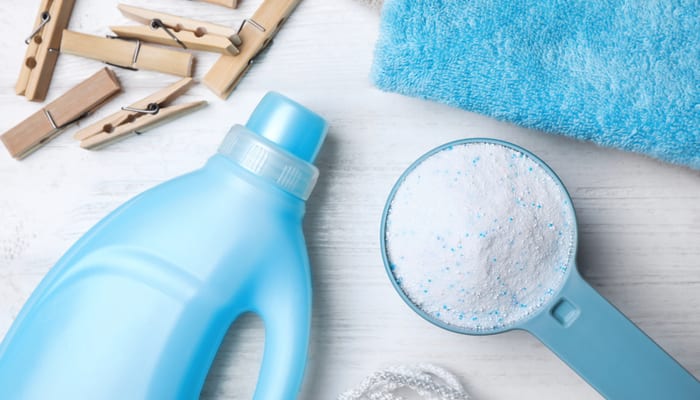 Trisodium phosphate is so effective that it was once found in numerous cleaning products. Many dishwasher detergent, laundry soap and household cleansers had TSP as a major ingredient.

However, beginning in the 1970s, many states began regulating phosphates. It was found that when it washed into rivers and lakes, it caused rapid growth of algae. The algae consumed so much oxygen that it harmed other aquatic plants and animals.

As a result, some states restricted sale of phosphate-containing cleansers. Manufacturers removed all or most of the chemicals from products, including those sold in states that hadn’t banned them.

Today, it’s no longer a major ingredient of most major brand cleaning compounds. Some dish detergents and other cleaners still contain small amounts of trisodium phosphate, however.

Where to Buy Trisodium Phosphate

Fortunately, you can still buy pure TSP in many hardware, building and painting supply stores. Pure TSP is cheap, costing only a few dollars per pound. That’s enough to clean hundreds of square feet of many soiled surfaces.

Retailers may sell substitutes for trisodium phosphate due to local restrictions on phosphates. Sodium carbonate is one TSP substitute. Substitutes are less hazardous but don’t work as well.

Trisodium phosphate is safe enough that small amounts are used as ingredients in many foods. But it can be toxic if you swallow large quantities swallowed. So keep it away from kids and pets.

It can also cause irritation when applied to skin or when the dust is breathed. For this reason, cleaners wear protective clothing when applying it.

TSP is generally safe when used correctly. However, because of the risk of environmental damage, don’t use more than you need. And avoid letting it get into waterways. 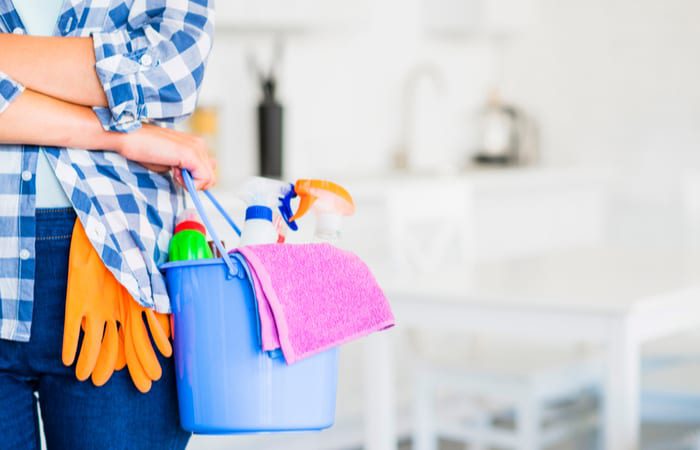 TSP is easy to use. It is sold as a white powder. To use, mix with water and apply. Afterward rinse the TSP solution from the cleaned area. Be sure to wear eye protection, gloves and long sleeves and pants to keep TSP off bare skin. Avoid breathing the dust.

To remove mildew from decks and siding, stir a cup of TSP into three quarts of warm water. Then add a quart of chlorine bleach to the TSP solution.

You can apply the TSP solution with rags, sponges, or mops. When cleaning decks or siding, a pressure washer makes the job much faster.

The TSP takes off grease and dirt so the bleach can kill the mildew and remove the stains. Rinse thoroughly.

Use Caution With TSP

TSP is non-flammable and doesn’t emit volatile organic compounds (VOCs.) It’s safe to use indoors. In fact, it’s even used as a food additive, albeit in small quantities. But you don’t want to breathe the dust, or get it on bare skin.

If you’re using TSP outdoors, avoid getting it on plants. Work on a windless day if possible if you are power washing siding.

Consider covering nearby shrubs and other plants. If you don’t cover them, soak nearby plants with water before using TSP. Then rinse off any bushes or other plantings that get splattered.

Although TSP can do a variety of jobs, it’s not for all tasks. For instance, you may want to use muriatic acid instead when cleaning bricks. Muriatic acid is more powerful for this task.

And to repeat: Avoid using TSP in bathrooms. It can stain shower doors, chromed drains and plumbing fixtures. It may even etch glazing on ceramic tile and is likely to damage grout.

Is Trisodium Phosphate Safe to Clean With?

TSP is a powerful, easy-to-use, flexible cleaning agent. Many professional painters choose it to prepare surfaces for painting.

If you are looking for an effective, ineffective cleaner for dirty jobs, TSP could be it. Just make sure to be careful when using it to avoid property damage and injury.