If you have a gas or propane-fueled water heater, chances are the pilot light has gone out at some point during its heating operation. Don’t panic — instead, read this guide to learn the steps to take to relight it. 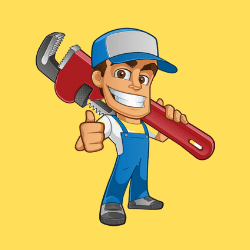 We partnered with Networx to help you find local plumbers in your area. Click to below to get a FREE quote.

Find a Plumber
We may earn a commission when you click this link, at no extra cost to you. 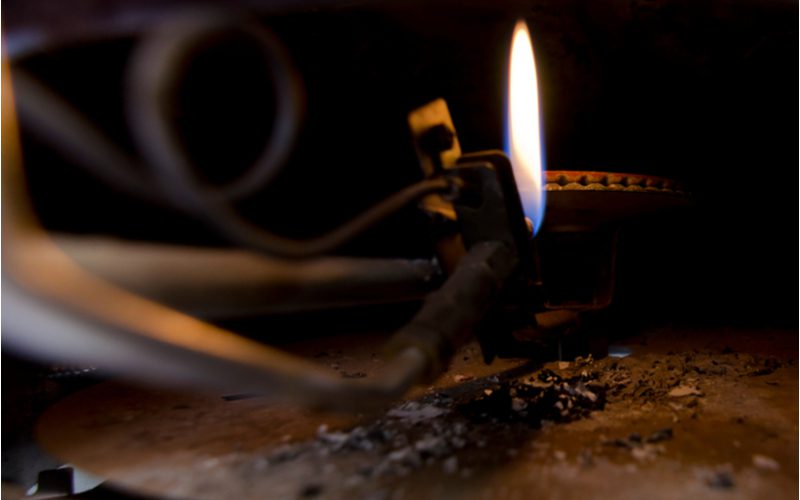 A pilot light is a small flame remains on at all times inside a water heater. It doesn’t warm the water directly. Instead, it acts as a match or lighter, helping to ignite the main burner, which then heats the water.

If the pilot light burns out, the burner won’t be able to light up, leaving you with cold water. But how do you relight it if it goes off? Don’t worry — we’ll show you how to get up and running again in our complete guide below.

As stated earlier, one of the signs your pilot light is out is a lack of hot water. That said, the cold-water issue could be due to other reasons, such as the burner not working properly or an interruption in the gas supply. So you’ll first need to do some troubleshooting. Signs that show the flame has gone out include:

If you do a visual inspection through the glass window of the heater, you should be able to spot the flame. No flame means the pilot light is out.

A gas control valve usually gives error messages or communicates via blinking lights to show any problems that arise with the system. If the pilot light is out, it’ll indicate the problem using its blinkers, and you can deduce the meaning by reading the sticker with the blinking light error codes on the side of the tank.

What Causes the Pilot Light to Go Out? 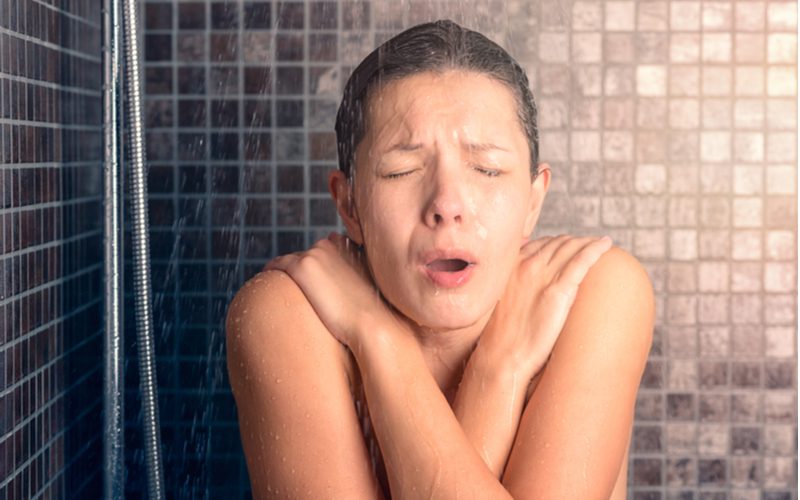 Several factors can cause the pilot light to go off. These are the most common ones:

Over time, the thermocouple might start to malfunction, and if this happens, it accidentally might shut off the gas supply to the pilot light after detecting it’s off.

Blown Out by The Wind

If your water heater has an open combustion chamber, a wind draft can blow out the flame. Additionally, since the pilot light is a small flame, it might go off if you place the heater near a strong draft.

The gas pressure might change from the supply lines, and this can cause the flame to go off (especially if the pressure goes too low).

Fire needs fuel and oxygen to burn. If you’ve placed the water heater in an enclosed location, such as in a closet, there might not be enough air to keep the fire burning continuously. Such a situation is also a safety risk because the gas might not combust fully to release CO2.

Instead, it’ll produce carbon monoxide, leading to CO poisoning, suffocation, and possibly death. You need to place the heater in a well-ventilated location to avoid this problem.

Is It Dangerous If the Pilot Light Goes Out?

It might seem dangerous, but gas water heater manufacturers build safety features into the appliances to deal with such scenarios. They usually have gas control valves and thermocouples to control and halt the fuel flow if the pilot light goes out. 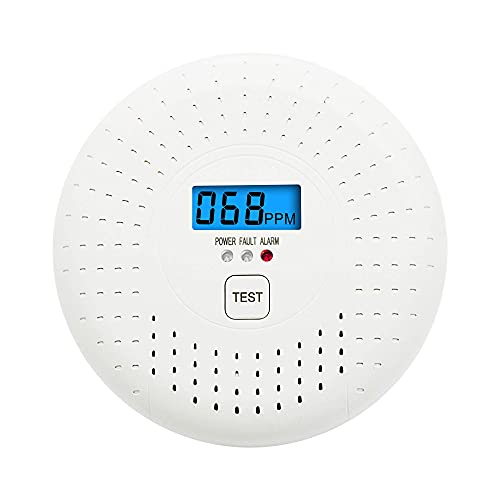 Coreel Carbon Monoxide Detector Battery Powered, Co Monitor with LCD Display Check Price
We may earn a commission when you click this link, at no extra cost to you.

The only danger is if the flame is not getting enough air. As stated earlier, this scenario can produce carbon monoxide (a poisonous, odorless gas) instead of carbon dioxide.

Even if you place the heater in a well-ventilated space, the only way to know for sure that you are safe is by using a carbon monoxide detector. Install it close to the heater, and it should alert you if the carbon monoxide levels rise to dangerous levels.

How to Relight a Water Heater Pilot Light

There are two main types of hot water tank systems: sealed and open.

A sealed combustion hot water tank system encloses the main and pilot light burners to limit access. There is usually a glass window through which you can view the flame. To relight your water heater, follow these steps:

Return the cover, and that’s it! If your light is still not on, move on to the next step.

Open combustion hot water tank systems form the older generation of heaters because they don’t have electronic ignitions to spark the flame. Instead, their burner compartment (main and pilot light) under the tank is open and accessible.

This enables you to relight the pilot light using a match or lighter. To do that, you need to follow these steps:

After these steps, if your light continues to go off or doesn’t function properly, you can try the steps below.

What If the Problem Persists? 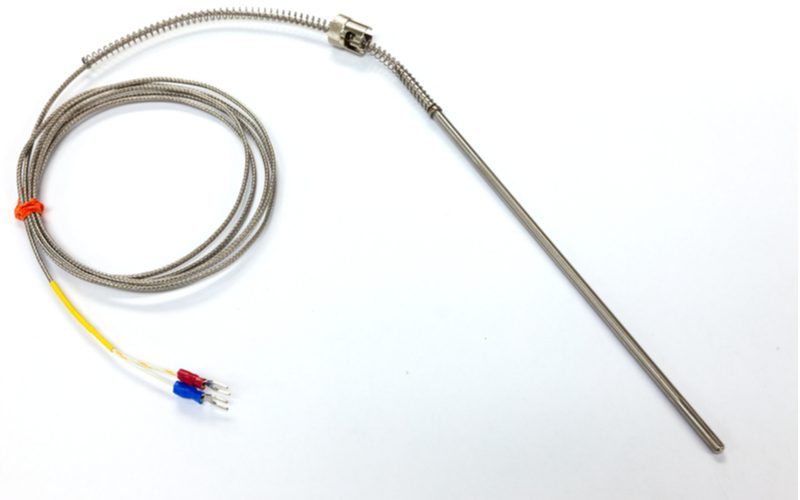 When the flame goes off, you only have to relight it using the steps above. However, if it keeps going out, then one of the components is not functioning as required. The most common culprit is the thermocouple.

How To Change the Thermocouple

Luckily, you can change the thermocouple. Here’s how:

Once you’ve followed these steps, check again to see if the pilot light comes back on. Note that you might have to call an expert to change the thermocouple when dealing with a sealed tank system.

We partnered with Networx to help you find local plumbers in your area. Click to below to get a FREE quote.

Find a Plumber
We may earn a commission when you click this link, at no extra cost to you.

Relighting the pilot light is an easy process that should take you about a minute at most. Be sure you follow the steps above when dealing with either a sealed or open hot water tank system. And of course, when in doubt, be sure to call a plumber. They’ll have the experience and tools to get your hot water heater back up and running in no time.