There’s no reason to fear common house spiders. In fact, even the most dangerous spider won’t bite unless provoked. Read on to learn which ones you’re likely to find inside, which are dangerous, and which are harmless.

Pretty much. There are spots in every room of your home that make good spider homes, but more often than not, those storage areas like attics, basements, and closets are more attractive to spiders because they have less human traffic.

The vast majority of them are harmless, and common ones include:

Venomous spiders lurk in and around your home as well, so you need to be aware of:

The truth is, most spiders are scared of people and want to be left alone. Even the ones that are venomous are not murderous fiends out to harm you and your children. Like most undomesticated animals, they only attack when threatened.

Sure, they may bite because they feel threatened even though you don’t intend to harm them; the important distinction is whether or not they are the ones who feel threatened. But, as a rule of thumb, nearly all spiders aren’t out to harm you. 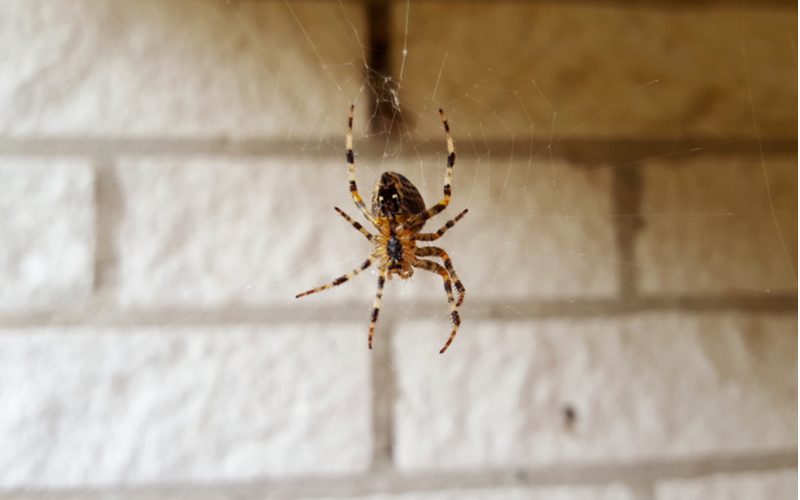 This may be the most common spider in America, explaining why its name seems so unscientific and self-explanatory. How do we know these don’t want to hurt you? First of all, they’re not venomous, but more importantly, they’re a synanthropic species, which means they live near and depend on humans.

If they went around trying to kill us all, they’d be hurting themselves.

These nickel-sized critters are gray with some white markings on their round abdomens. You find them in corners near windows. They set up their webs there so that they have a better shot at catching flies. Now, those things they want to kill. People? Not so much. 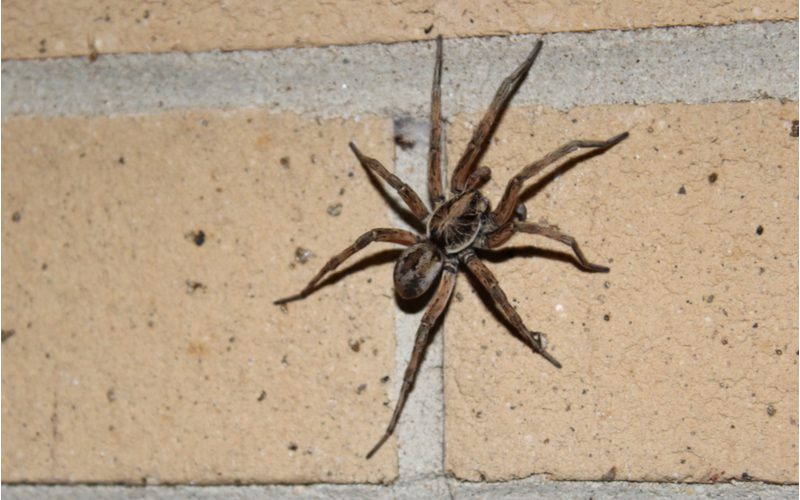 This little guy is one of the more entertaining spiders. If spiders don’t freak you out and you have a few minutes to kill, just watch a wolf spider. You can see in their motions that they really think they’re tough. But they’re not. At least not compared to us.

They have been known to bite humans, but unless you’re allergic to their venom, you won’t have any ill effects other than an itchy spot for a few days. They never get more than an inch or an inch and a half long, and they’re black, brown, or gray.

They’re hairy, too, which makes some people more afraid of them, perhaps because it makes them look somewhat like tarantulas.

Unlike the American house spider, wolf spiders are equally comfortable living inside or outside your house, but they look for close spaces wherever they choose. They don’t spin webs, either, but hunt prey, like, you know, a wolf. 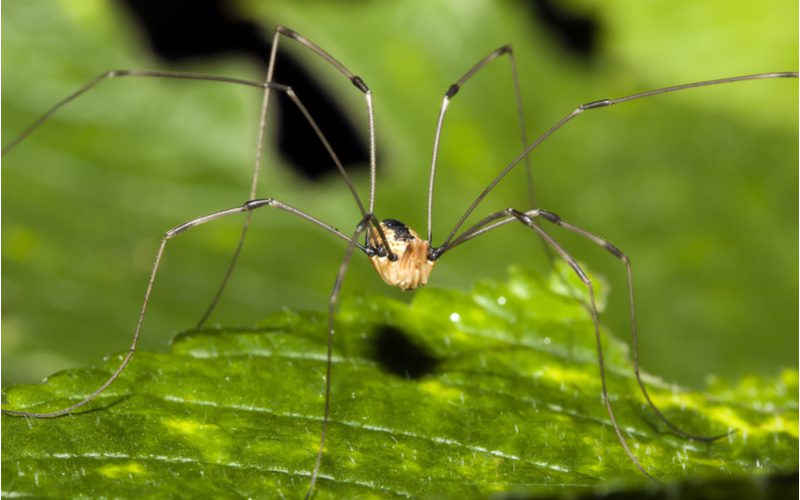 Probably one of the freakier-looking spiders with their tiny round bodies and very long legs, these are harmless little guys who just want to eat, and they don’t have refined tastes, either. They are omnivores that will even eat other spiders.

But they hardly ever bite people, and when they do, it won’t hurt. They don’t have venom-producing glands, so that foolishness we’ve all heard about how they have enough venom to kill a horse is patently false.

They prefer moist environments, but that’s not a deal-breaker for them. In actuality, they live everywhere in the world except for Antarctica. They most often live outside, but you will find them indoors from time to time. 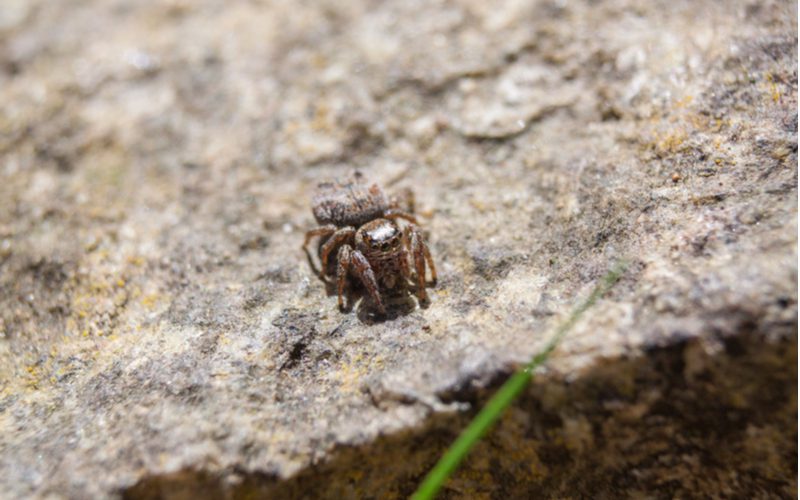 Like wolf spiders, jumping spiders don’t spin webs but actively hunt, usually during the day. If they bite you, there’s little to worry about. Plus, one would only bite you if you were crushing it. Describing what they look like would take some time because there are so many species of them.

So if you’re curious, look for their two big eyes. Like nearly every spider, the jumping spider has eight eyes, but the ones in the front are quite large. They like attics and trees since they’re mostly of indoor/outdoor insects. 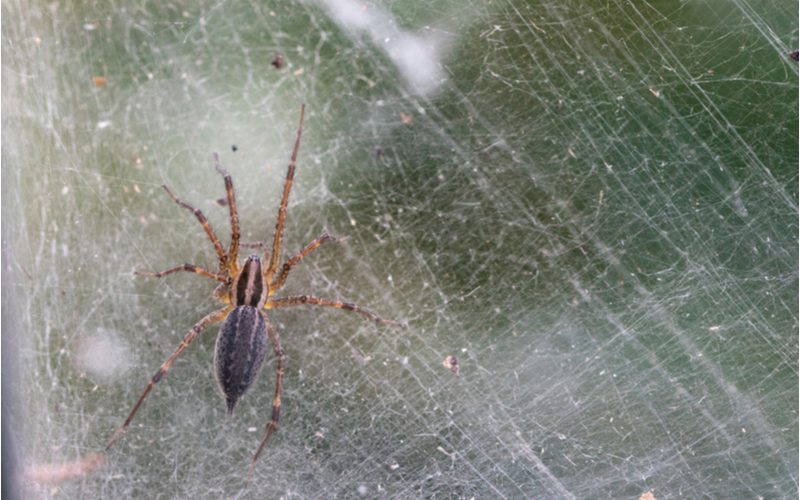 These harmless little guys get a bad rap because they’re brown. They don’t have a violin-shaped mark, but people still often assume they are brown recluse spiders (more on those in a bit). The big difference is the long things coming off the back of their abdomens that look like two fingers.

They like to live in the grass, hence the name, where they build webs that resemble funnels. They either grab an insect and haul it down the funnel or wait until something crawls along and falls in on its own.

While they are venomous, that venom is used against their prey and is not harmful to humans. Grass spiders rarely bite people, but if you’re bitten by one, you have nothing to worry about.

Almost every spider has glands that produce venom. Most house spiders’ venom will not affect people in any noticeable way. However, you need to be aware of some common spiders in and around your house even, though these ones don’t actively look for people to bite.

Still, a bite from either of these is potentially bad news. When in doubt, don’t risk it — call a pest control expert right away! They’ll have the knowledge and the tools to properly eradicate the spider from your home. 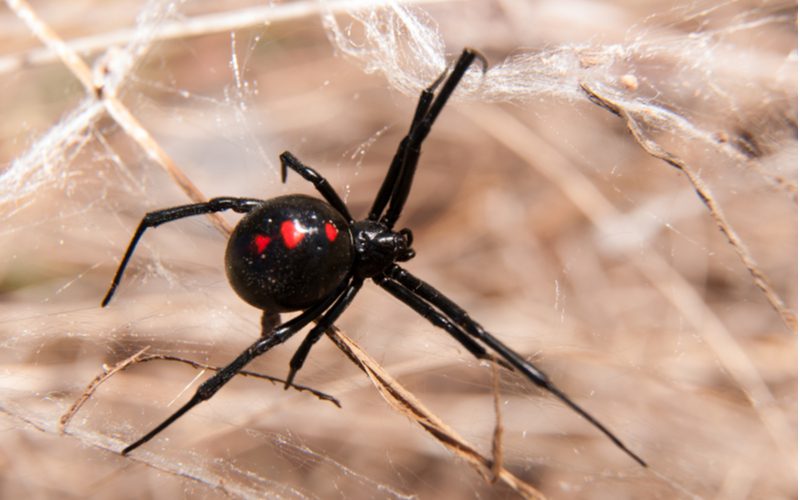 The Marvel superhero called Black Widow won’t hurt you unless you’re a bad guy. The spider called a black widow is another story. Perhaps the most identifiable spiders, they are black and shiny and have a red mark on their abdomens that looks like an hourglass.

They live in out-of-the-way spots inside and out. Unkempt lawns are favored spots. Black widows don’t usually bite people, but when they do, the bite can cause problems. However, no black widow-related deaths have been reported in the United States in at least ten years.

And some statistics suggest there have been none so far in this millennium. However, a bite can cause vomiting and pain, so medical attention is necessary, especially in anyone whose health is already compromised. 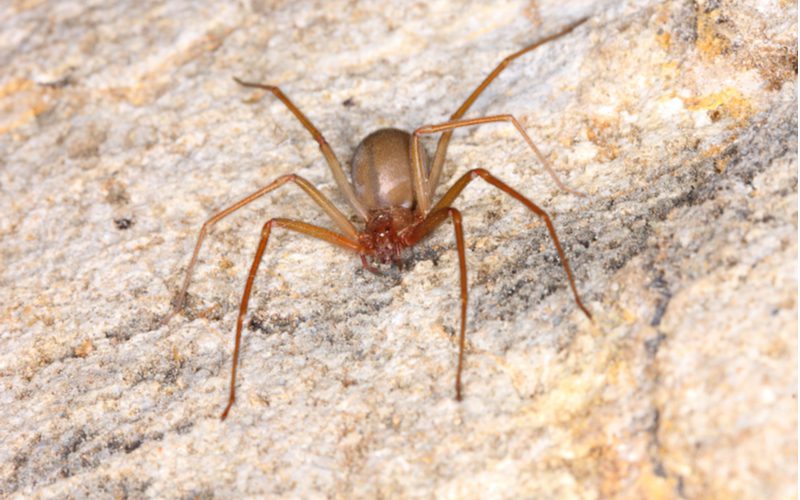 Often called a fiddleback because of the violin-shaped mark on its back, the brown recluse is the big baddie of suburban life. Like other spiders, they like dark, hidden places, which makes sense—people are often bit putting on their shoes.

Or they get bit when getting clothes out of storage or when bringing in the first load of firewood of the season. Like the black widow, the brown recluse isn’t out to murder you, but it will bite if it gets trapped against your skin, which is why many bites happen at night (when someone accidentally rolls onto one).

The venom causes necrosis, which refers to the death of skin cells. If you get enough necrosis, it can turn into gangrene, and we all know that’s bad. While necrosis is irreversible, it’s at least treatable.

Most people who get bit don’t realize it at the time. However, within a few hours, they begin showing symptoms, including burning and itching at the bitemark, nausea and fever, sweating and chills, and discoloration of the skin of the bitten area as the skin cells start to die.

If you think you’ve suffered a bite, wash the area with soap and water and get to the emergency room. These bites can be deadly. They usually aren’t, but don’t take a chance. Also, unless you have a strong stomach, do not Google images of “brown recluse spider bites.” Just trust us on this one. 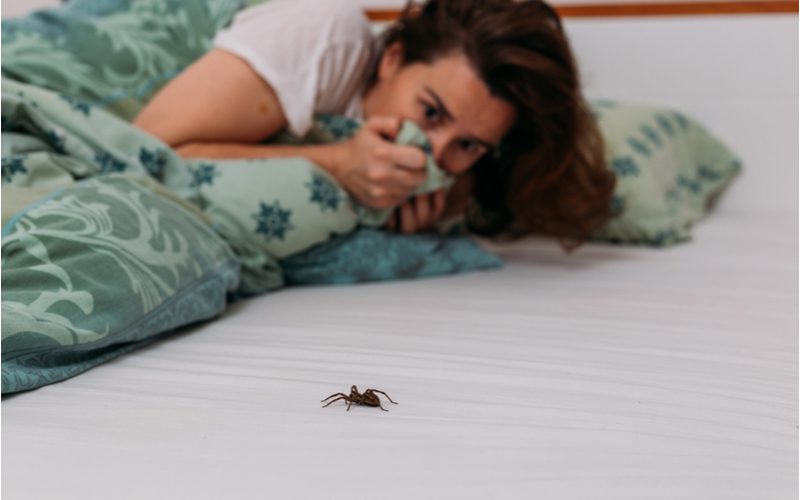 Some can be. Most are not. Identifying spiders (especially the potentially dangerous ones) is paramount to staying safe around them. Remember that spiders, in one sense, exist to make our lives better because they eat the insects that drive us nuts. Know what the harmless ones are, and then don’t kill them.

Also, remember this: you know how people like to say terrifying things like, “You swallow 20 spiders every night in your sleep?” There is absolutely no truth in that old wives’ tale.

What attracts spiders in your house?

Not all house spiders live exclusively in your house, but even the outdoorsy guys will sometimes come inside when looking for a mate or someplace warm.

Can house spiders hurt you?

Yes, some of them can, and some worse than others. But will they? Almost always, they won’t. In fact, one study showed that poking at a black widow couldn’t induce it to bite, and it only finally sunk its teeth into something when its sides were getting crushed.

House Spiders Are Here to Stay

Give up your desire to rid your home of spiders completely. Even if you could, more would just show up. Sure, you want to keep them under control. You don’t want spiders everywhere, of course. But having an entirely spider-free house is impractical and nearly impossible.

The house spiders we all live with, for the most part, just want to mind their own business and eat insects. Let them. That just means fewer bugs to bother you. Be aware of the spiders you encounter, and be careful around the ones you need to be careful around, but as Paul McCartney and Wings said, live and let live.